If it wasn’t strikingly obvious from its distinctive 25-storey Beaux-Arts architecture in the middle of Bangkok, 98 Wireless isn’t interested in the expected or conventional. The development, which was completed earlier this year by Thailand’s leading property developer Sansiri, rises, a Portuguese Moleanos limestone monument to elegant living, above the exclusive tree-lined Wireless Road boulevard. 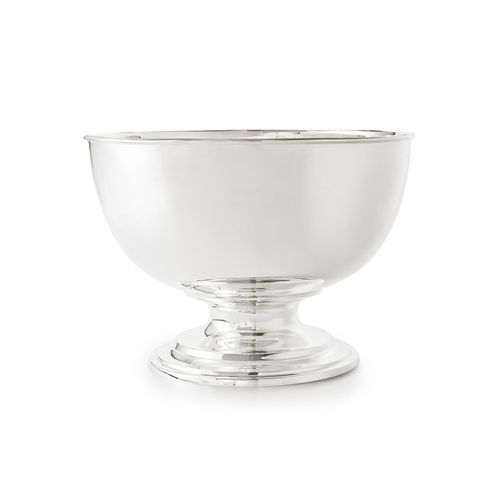 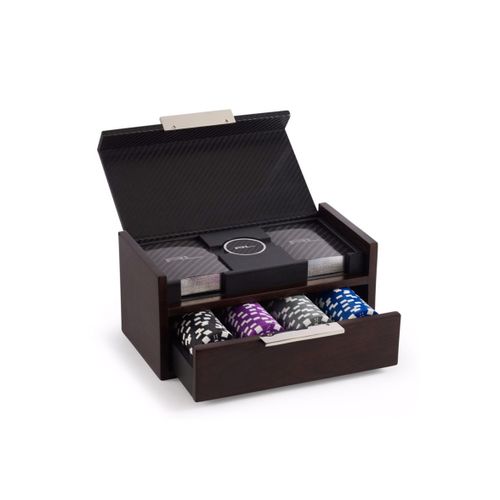 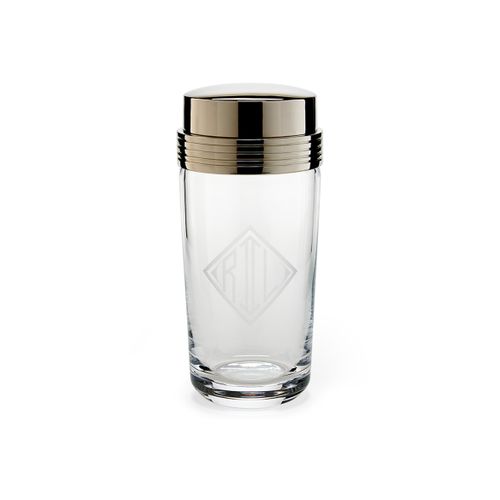 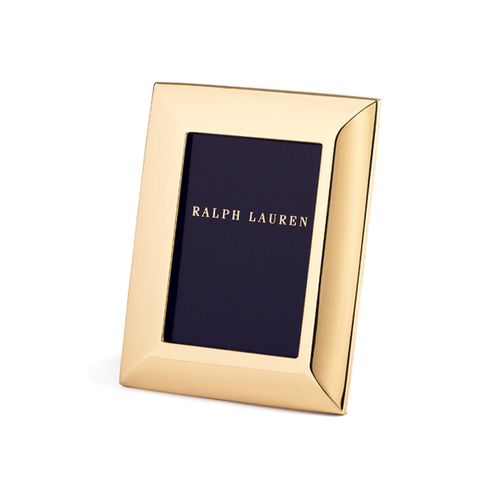 Described by Sansiri president Srettha Thavisin as “classic with a contemporary flair; luxurious yet highly liveable; exclusive yet appreciable for both neighbors and passers-by; elegant and understated”, 98 Wireless makes big promises. In fact, the development’s official line is simple but no less lofty: offer truly superior living. And in the case of 98 Wireless, superior living means timeless style, quality which is built to last and the extraordinary as standard. 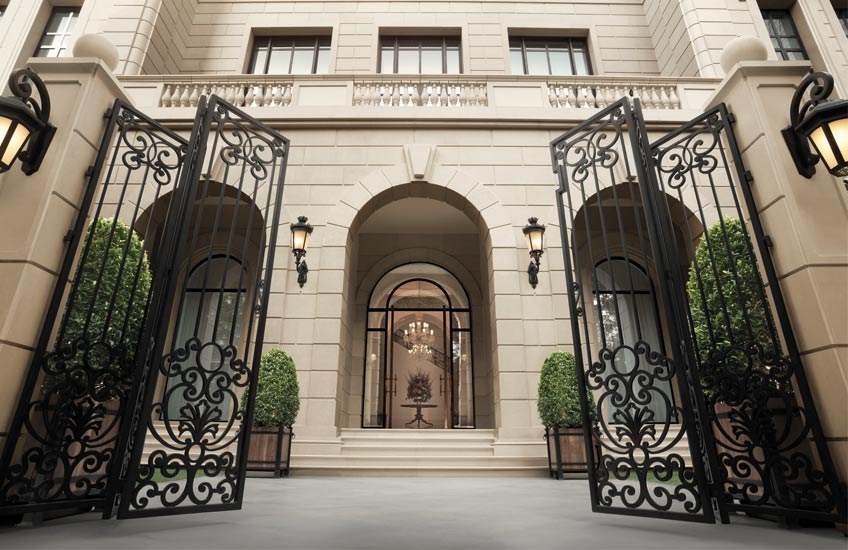 Beaux-Arts isn’t necessarily a staple of Bangkok, however. So how then did such a unique Western-inspired edifice come to be in Bangkok? It was 2010 and Asia’s population boom was in full swing. As a company which advocates “Constructing life, not just buildings”, Sansiri was inspired to fill Thailand’s gap of world-class residences. That was a start but they needed an inspiration.

In the end it was New York – the city that never sleeps and a clever blend of old and new glamour – which featured prominently on the development’s inspiration board, fitting since the building neighbours the US ambassador residence. Of project’s aesthetic, Thavisin explains, “We were talking about American themes. First, it was next to the American ambassador’s residence; second, a clean Beaux-Arts, timeless New York style; and then finishing with Ralph Lauren Home.” From her Beaux-Arts offering to the Chrysler building and other Art Deco icons that punctuate the skyline, the Big Apple became the surrogate maestro of 98 Wireless, unconsciously guiding its design, from 8,661 miles away. 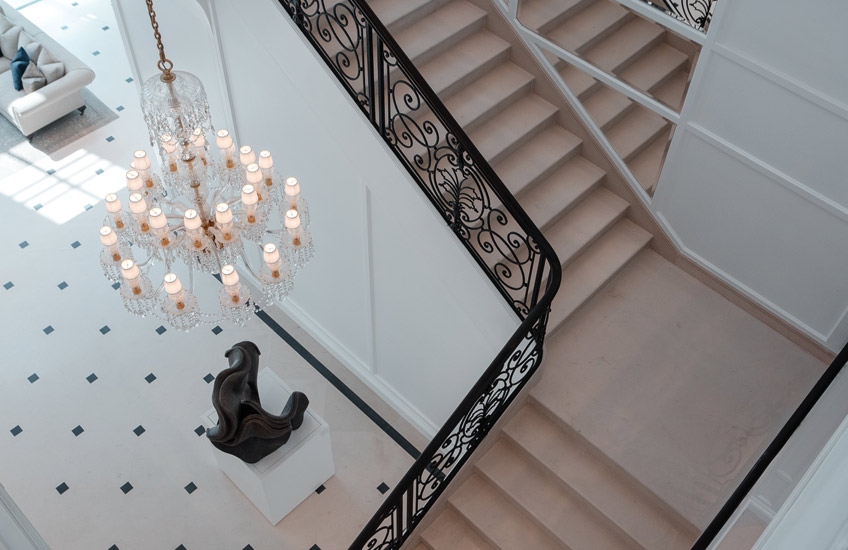 Seen in its architecture are a coffered iron entryway where the on-demand British Racing Green Bentley limousine – for exclusive use by the residents – can make its entrance and a quintessentially New York gradated skyscraper silhouette inspired by the mansion blocks which line Central Park. No effort was spared. Test limestone blocks were even brought in months in advance of specification to ensure that they could withstand exposure to the Bangkok climate. An example of the careful execution of this luxury development. 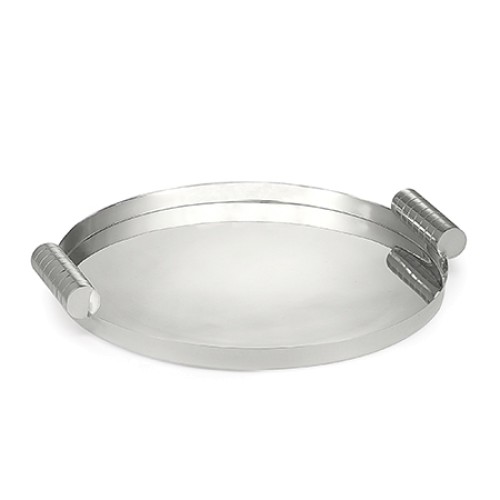 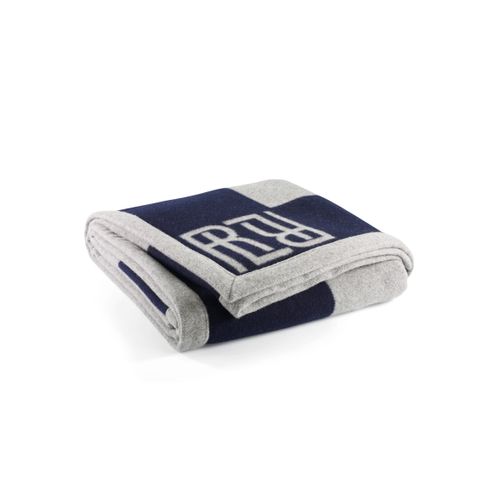 Comprising grand social areas and 77 residences – two- and three- bedroom units, two penthouses and a super-penthouse aptly named “The One” which stretches over two top floors – there was only one brand of choice for the new address’ interiors – Ralph Lauren Home. Like we said, 98 Wireless is a monument to elegant living in all aspects. 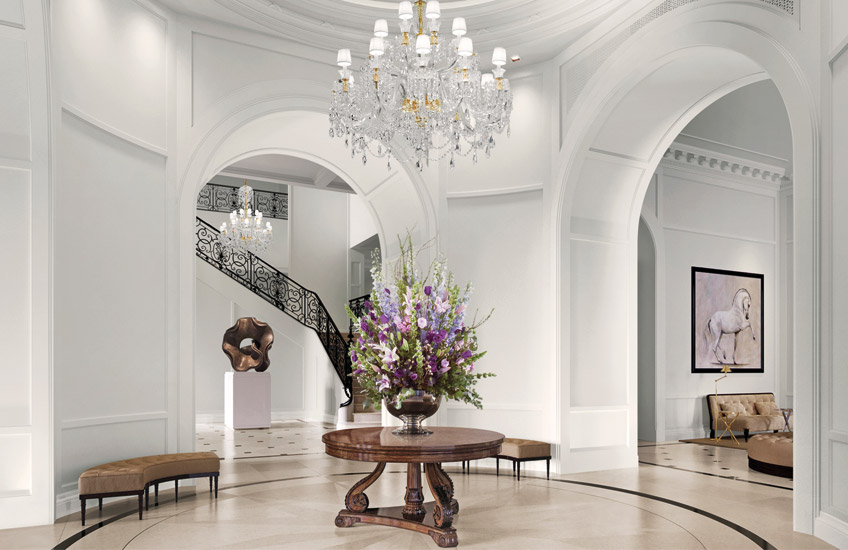 These immaculately appointed interiors equal that of the exterior. A blend of old and new characterises the spaces with new Ralph Lauren pieces intermingling with antiques sourced and hand-picked from Britain and New York. Long-term Ralph Lauren Home collaborator and designer Anne Carson was recruited for the immense task. Of course, the RLH and Carson collaboration is not new; in fact it’s a very well-known one. It is the combination of the reputable brand’s handsome heritage-inspired furniture and the designer’s understanding of the brand’s values which many have flocked to experience at the exquisite Madison Avenue flagship store. (Carson was one of the three designers suggested by Ralph Lauren for 98 Wireless project.)

“The world of the Ralph Lauren flagship stores were my inspiration,” the designer reveals, “Each of these stores all around the world are different yet carry a common thread, while still respecting the culture of the city in which they are located. Bangkok being a vibrant and emerging city with a strong heritage of tradition allowed for this design to be elegant and refined.” 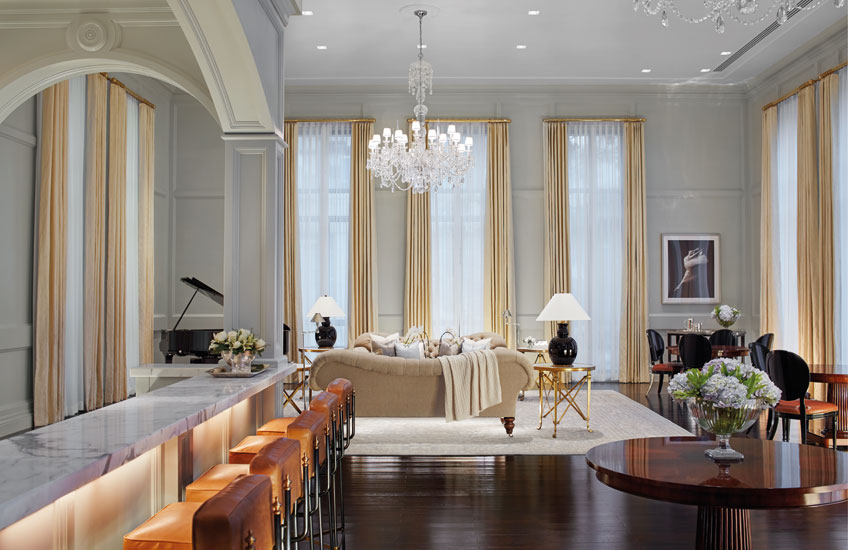 Elegance and refinement are found initially and, most spectacularly, in the grand entrance lobby where breathing space isn’t underestimated. The airy white space is dominated by a three-tier crystal chandelier which suspends lightly, almost celestially. “For the lobby, we have a twenty metre height so we had to customise the chandelier that we had handmade,” Sansiri’s head of marketing Cobby Leathers explains. The piece took a whole year to create. An 18th century British central table anchors the space whilst a wrought iron balustrade leads the eye up through the open stairwell. 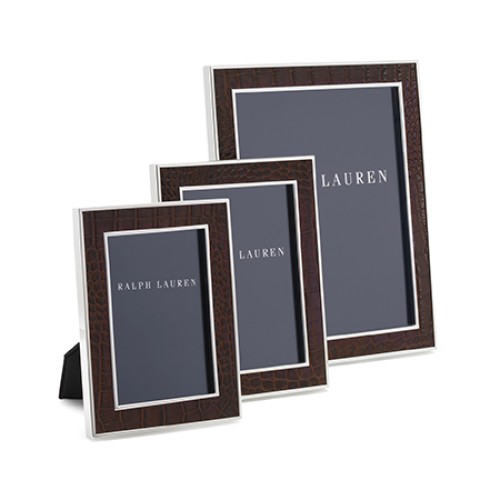 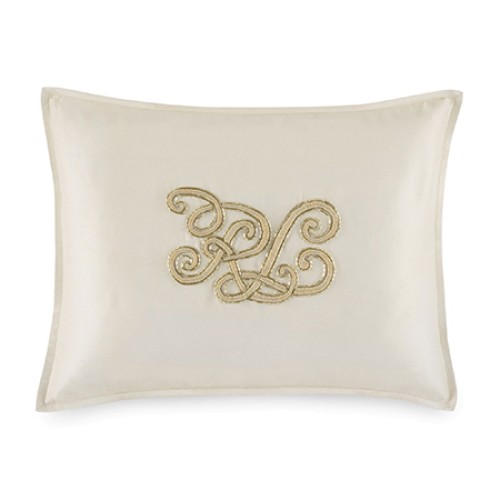 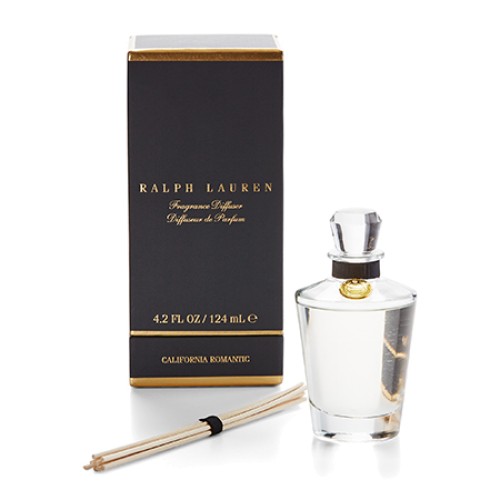 “The flow between public and private space is seamless in the consistency of the beautiful furnishings of the Ralph Lauren Home collection allowing the rooms to be appointed with every last detail,” says Carson of the well-crafted relationship between the vast project’s various areas. 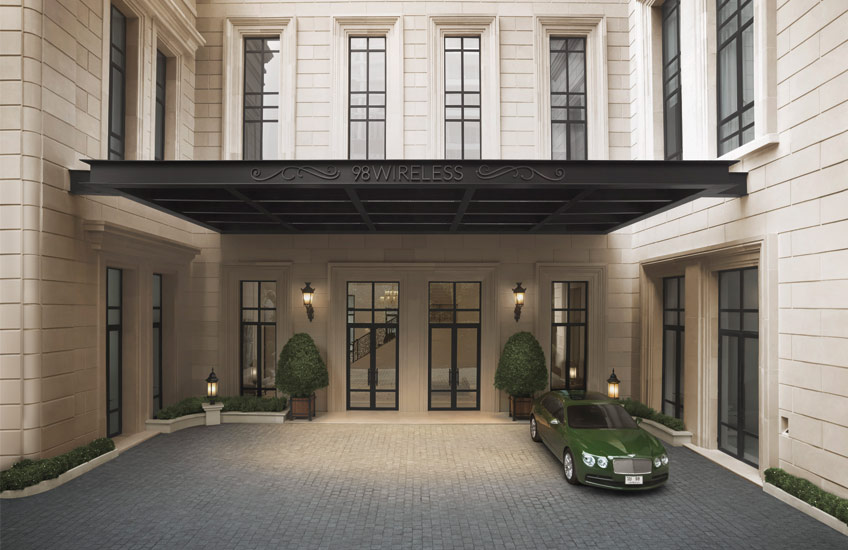 98 Wireless’ tradition-meets-modern philosophy is characteristically New York. “We wanted a timeless classic look that would never become outdated, but ages beautifully as time goes by,” Thavisin says proudly, “Classic with a modern touch [and] young and vibrant with a historical twist make this residential project more special.” That and its unyielding intolerance of anything less than the highest quality. The war cry of this project was clearly, “quality, quality, quality” with materials being chosen for the lasting quality rather than their on-trend quality. Something which Ralph Lauren Home itself embodies.

The residences themselves are a grand showcase of quality to the nth degree. Meticulous craftsmanship and select brands (including US-based Hyde Park Mouldings – the go-to of iconic landmarks such as Buckingham Palace, the White House and New York’s Metropolitan Museum) and materials from around the world decorate these spaces. The textures of silk, cashmere and velvet combine beautifully with animal print cushions and stools to subtly accent the rich woods and marbles of the wall panelling, flooring and doors. The latter are crafted from a rare mahogany crotch – a type of wood pattern created by the tree splitting into smaller trunks and an immediate indication of the attention to quality required of this space. 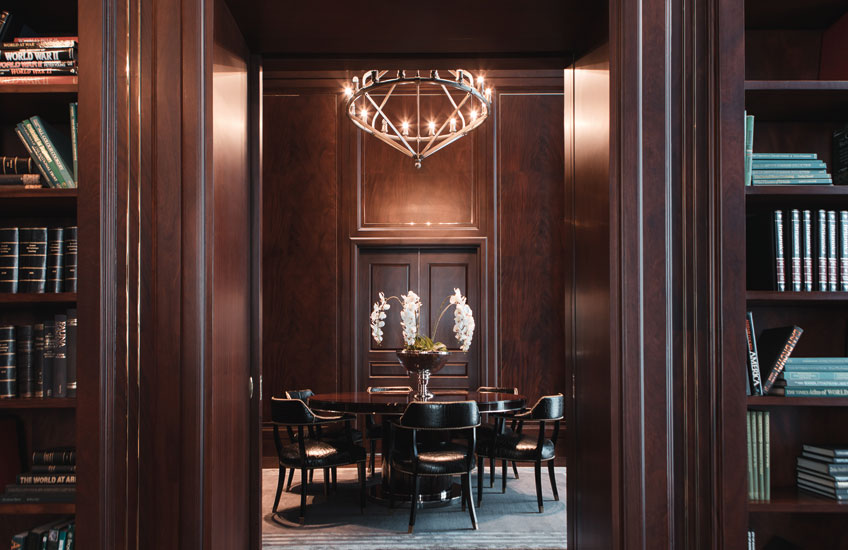 A colour palette of neutrals with smart punctuations of colour (regal purple drapes, for example) accentuate the dark tones of the Ralph Lauren furniture and the project’s key antique pieces. Understanding that less is more, Carson opted for classic shapes and balanced proportions to create a well-filled but comfortable space. 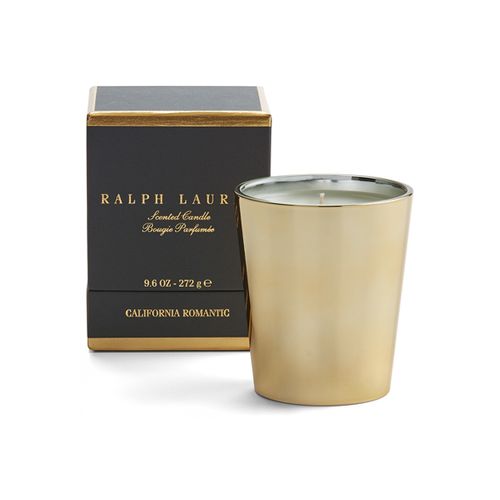 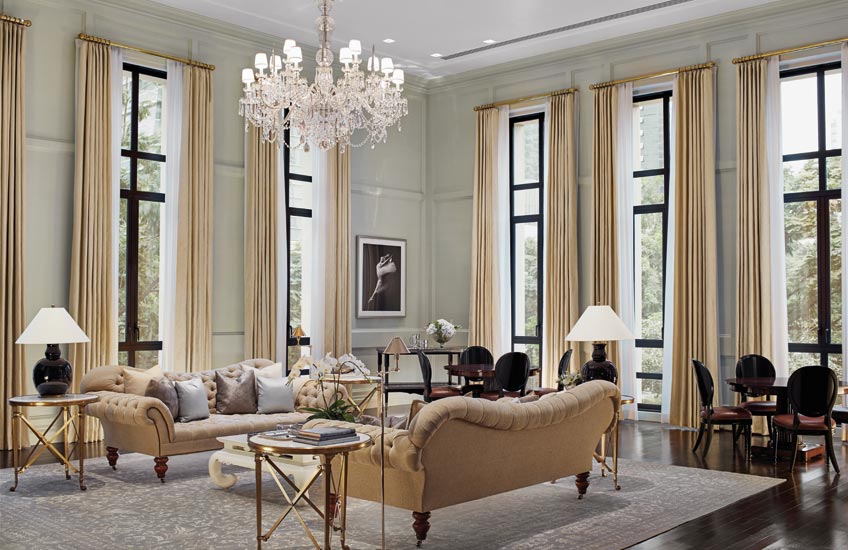 But Carson wasn’t about to pack away her presumably monogrammed Ralph Lauren wand just yet. The designer also created the unique social areas for 98 Wireless. “A reception area with small intimate conversation areas, a lobby lounge area with a full library and a place to read the newspaper, the high tea lounge with a grand piano and a business centre each offer the residents perfectly appointed rooms to enjoy,” she reveals of the project’s intuitive social areas.

But, whilst aesthetics are important for elevated living, Sansiri understands that this level of visual pleasure must be matched by a 5-star hotel service. “You can’t just have a product and no services. The services have to match,” Leathers wisely recognises. And 98 Wireless isn’t out to disappoint. 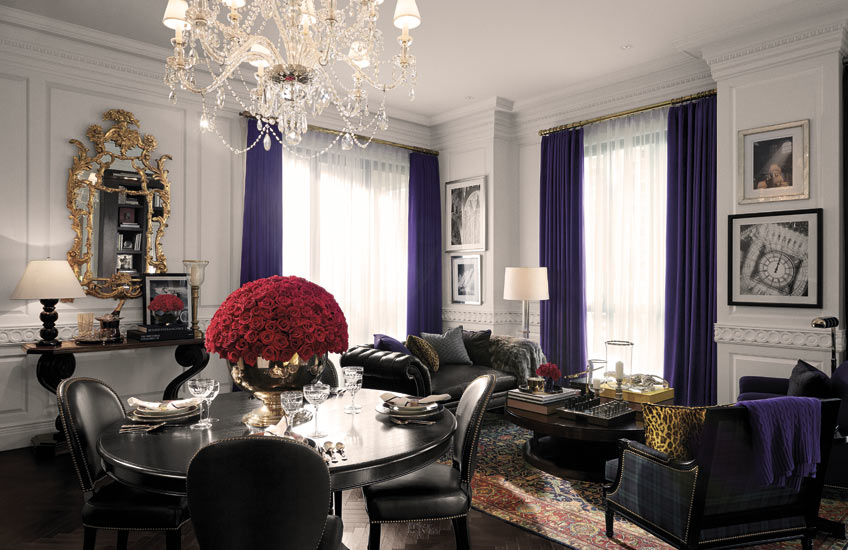 To name a few of the services it offers: an old-school glamour Wittayu Tea Room serving afternoon tea three days of the week, grand entertaining spaces and reception areas, a garden terrace, spa, 24-hour dedicated Quintessentially desk to satisfy every need from sushi at 3am to a new flower arrangement, drivers lounge, comfortable backend quarters, butler service, valet, full-service back kitchen for caterers, two business lounges, his and hers jacuzzis, Technogym exercise room with equipment designed by Antonio Citterio and an o-zone treated swimming pool. Like all great luxury developments, 98 Wireless offers a whole world in one place. 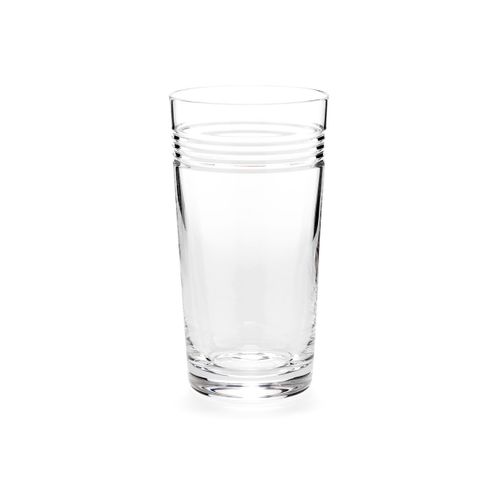 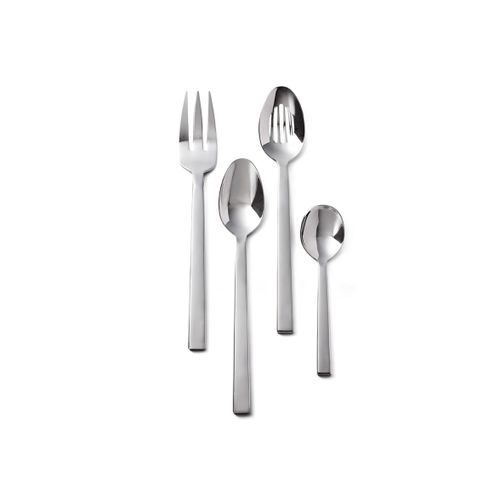 “This project can be the showcase for Thailand, and for us, because it’s as good as any project in New York, in London…” explains Thavisin, understandably proud of his company’s achievement, “Hopefully, in the future, [when] people think of buying properties, whether it’s the affordable segment [or] the luxury segment, the name they’ll think of is [Sansiri]. This is the showcase. This is the one to see.” 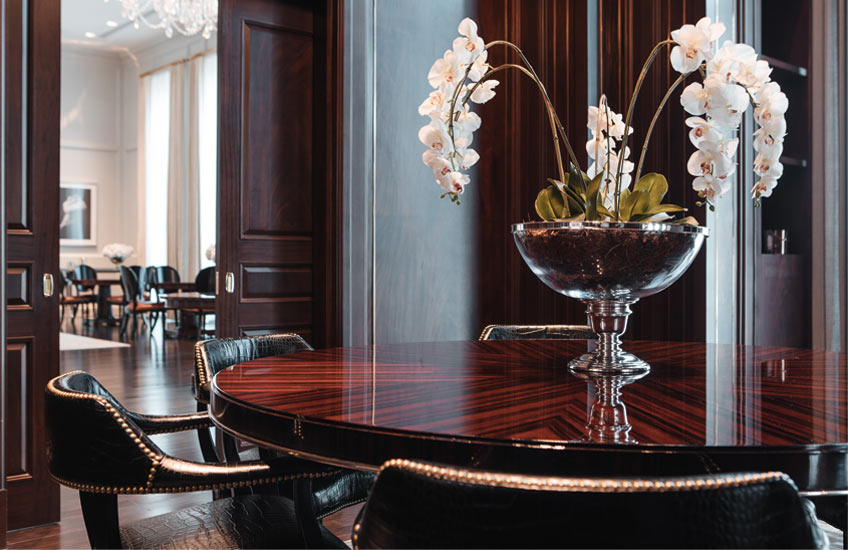