New York’s design calendar celebrates a milestone this week. One of its most hotly anticipated events turns a chic 45 years old this week. The much-loved and prestigious Kips Bay Decorator Show House – which opened on Tuesday and runs until Thursday 1st June – benefits the Kips Bay Boys & Girls Club, the esteemed Bronx-based youth development centre which has been involved in supporting local children for over 100 years. 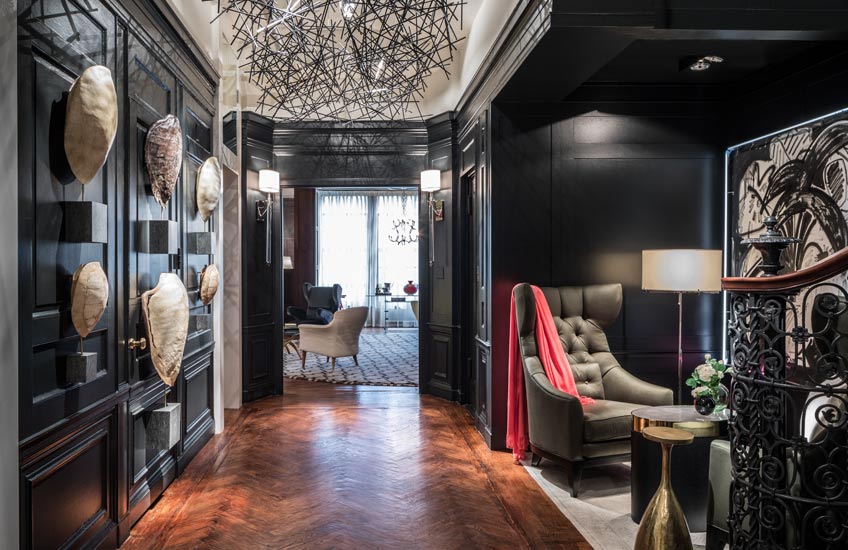 But, as any follower or attendee will attest, it’s much more than a charity event – Kips Bay Decorator Show House a veritable who’s who of the international design scene, drawing the talents of design studios such as Jamie Drake, Bunny Williams, David Collins, Cullman & Kravis, Suzanne Kasler, Mark Hampton et al over the years.

This year, eighteen illustrious designers and architects convened to refit an Upper East Side townhouse. Each was given around six weeks to create their space in the Lenox Hill home ahead of this week’s launch and the cumulation of styles, eras and approaches is astounding. The outcome is a slew of alluring rooms which not only showcase the talent and recognisable style of their designers but nod to movements in today’s design aesthetic. Truly it is one of the most influential American design events. 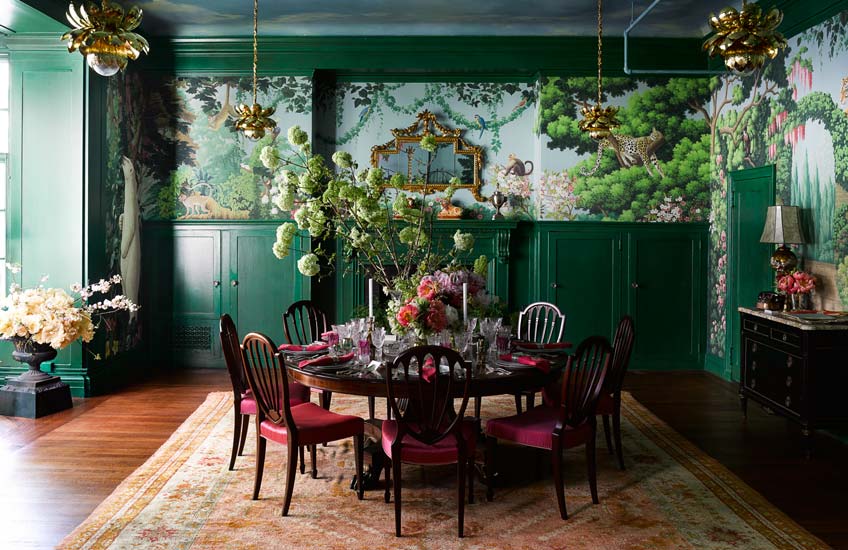 Ken Fulk’s whimsical Madame’s Magical Menagerie transports visitors to the Upper East Side of the 1960s with an elaborate back story of a fictional, eccentric hostess, Madame F., and a dinner party attended by her neighbourhood New York Zoo-escapee friends – a Gershwin-loving zebra, a polar bear, a giraffe and tiger to name but a few. The emerald green and hand painted De Gournay wallpapered dining room is furnished with a complement of shield back chairs, Hermes tableware and brass Feldman Co. lotus pendants calling for a return to true beauty, opulence and a multi-sensory experience. As the designer explains, “Madame F.’s infamous dinner parties became infinitely more colourful…they had become legendary.” 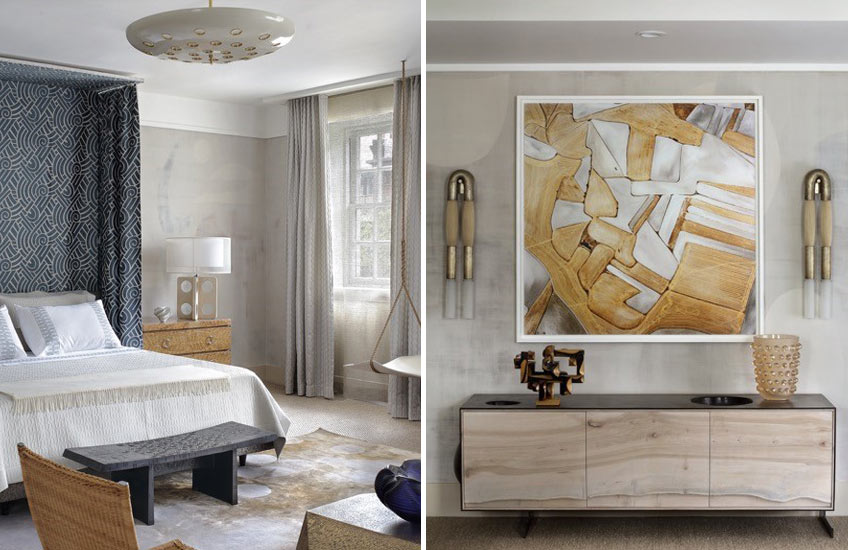 For its bedroom design, dineen architecture + design swings a complete 180 from Fulk’s elaborate affair with a carefully considered gallery space, more evocative of Paris than New York. Of the modern design, the design studio reveals, “We like to see the rough and the refined rubbing elbows in our projects. Elegant, transitional fabrics and a cashmere and silk area carpet (from Edward Fields) look even more refined next to concrete cubes, sisal carpet and hand-spliced hemp rope.” 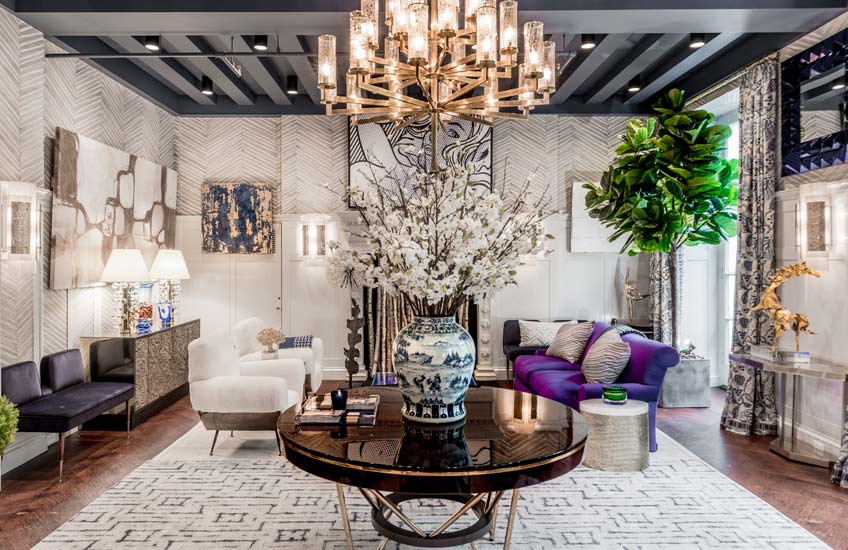 All things “light and levity” characterise Kirsten Kelli’s drawing room which is multi-layered with interesting elements, placing it somewhere between the Hamptons, LA and 1970s Italy. Designed to offer an escape from the busy city, the space is one in which “a person in the room can sit down, decompress and regenerate their spirits with the calm palette, the comfortable seating and something for the soul to drink in everywhere you look.” On the menu is a Kelly Wearstler Liaison chandelier (shop the single and double sconce versions), chevron panelled walls and high-gloss centre table. And whilst its goal is one of tranquility, its pieces are far from bland. It packs a punch with iconic pieces – an Yves Klein ‘Bleue’ table and Damien Hirst and Roy Lichtenstein artworks. 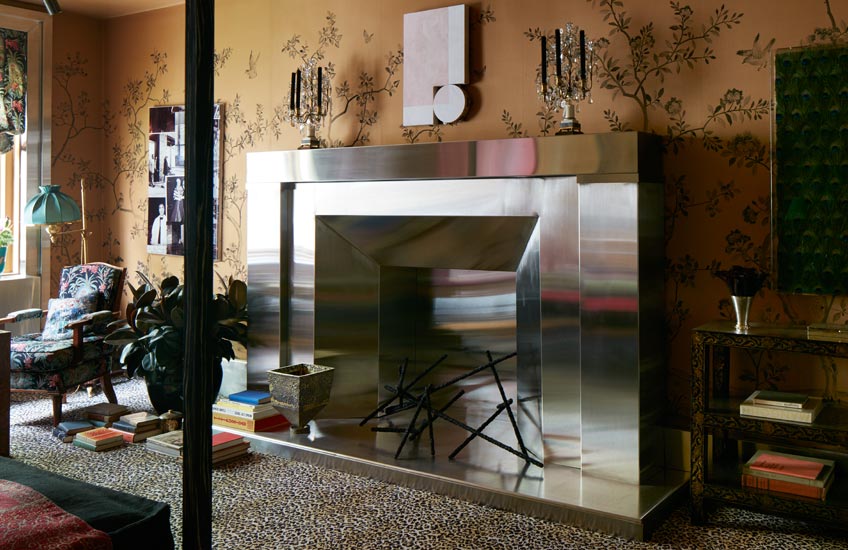 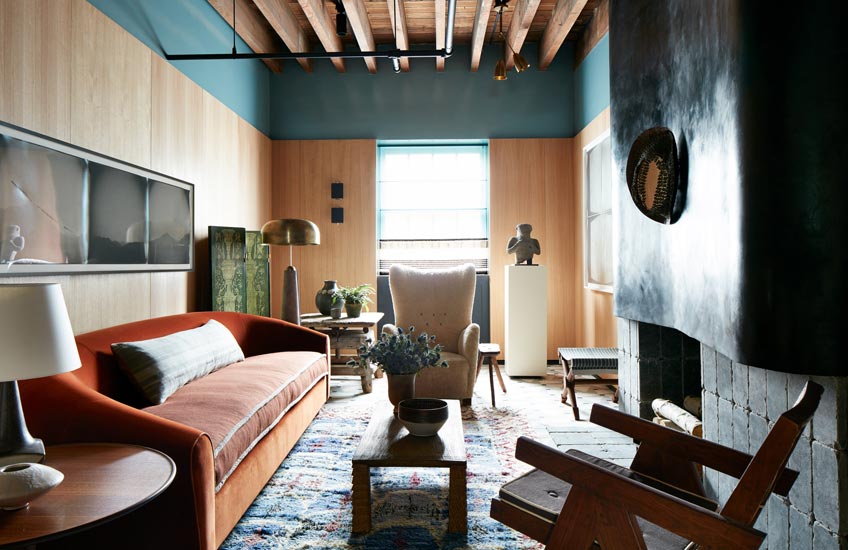 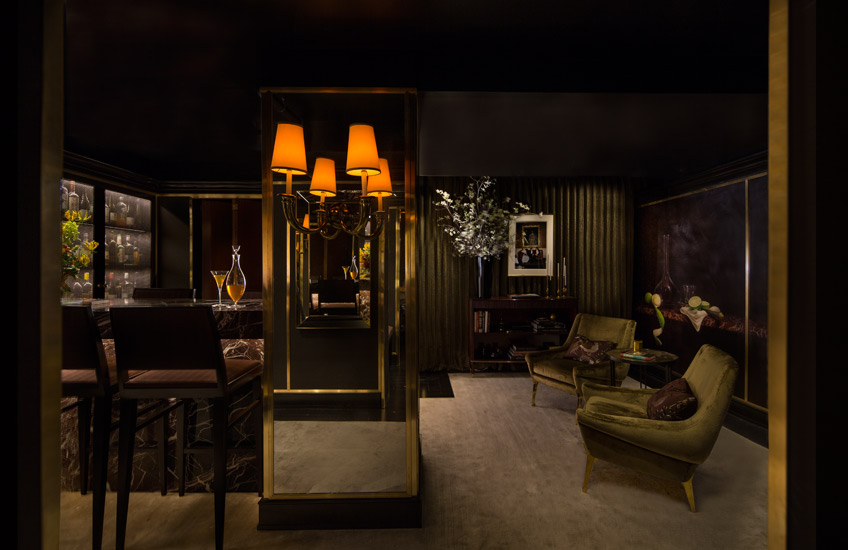 The event organisers expect 15,000 attendees with all proceeds going to the charity making this its principal fundraiser. The Kips Bay Decorator Show House Shop (located on site) is back for the sixth year allowing attendees to shop a selection of the house’s style. 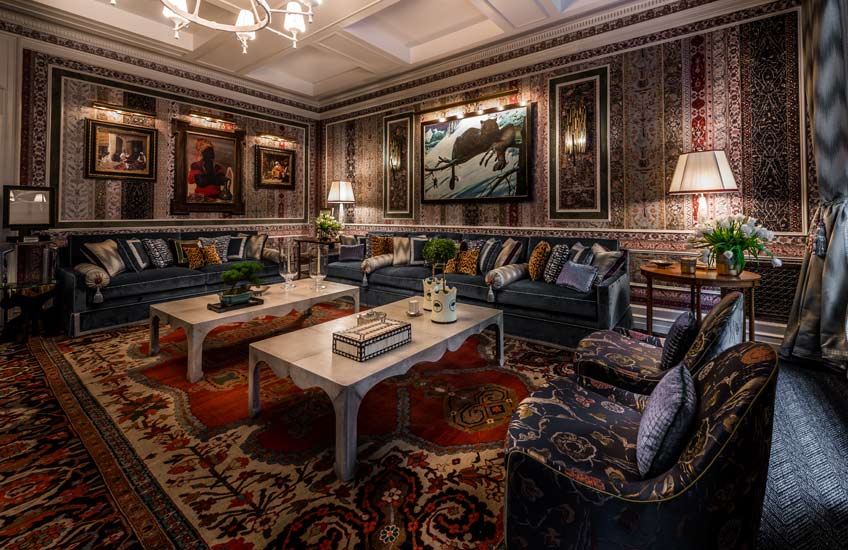 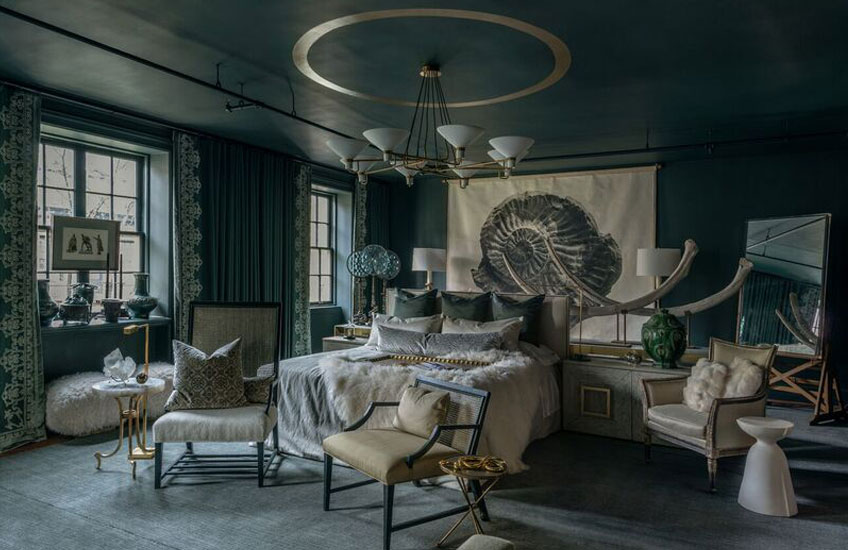