As the young Holden Caulfield intimated in J.D. Salinger’s Catcher In The Rye, “If a girl looks swell when she meets you, who gives a damn if she’s late?” Not quite a girl (she is more appropriately considered Paris’ grand dame), the Ritz Paris has finally reopened her doors after a four-year restoration and, despite being three months behind schedule, the result is expectedly laudable. 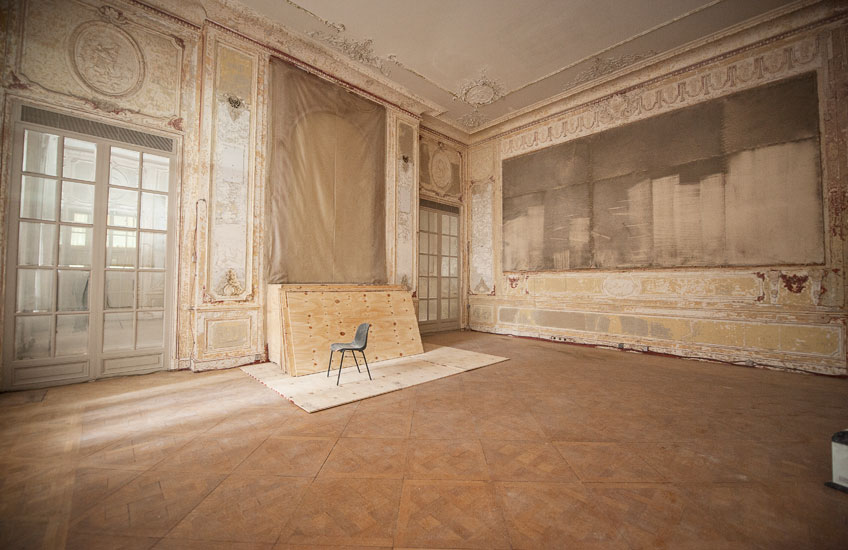 The hotel closed for the first time in its history in 2012 and has since undergone the subtlest of renovations at the hand of New York-based French architect and designer Thierry Despont. For purists and lovers of the iconic hotel, the June reveal was awaited with trepidation. After all, the Parisian institution is a former private palace with areas designated as historic monuments and replete with museum-quality antiques. 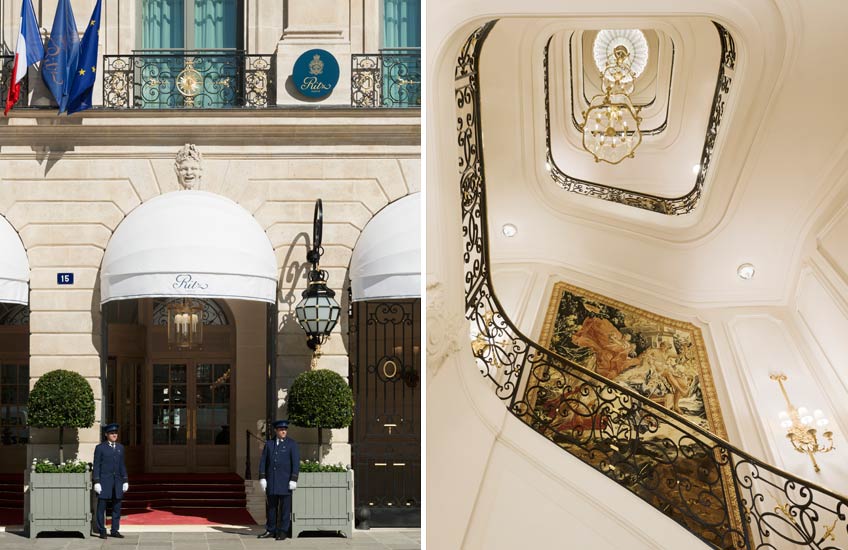 “I dream of a house that I will be proud to carry my name.” Surely the words of founder César Ritz rang through the halls and in the ears of the project’s thousand-strong team during the restoration. Conducted under the direction of owner Mohamed Al Fayed, the jewel in Monsieur Ritz’s crown is now experiencing “a renaissance which has never been accomplished since the opening of the hotel [on June 1] 1898.” 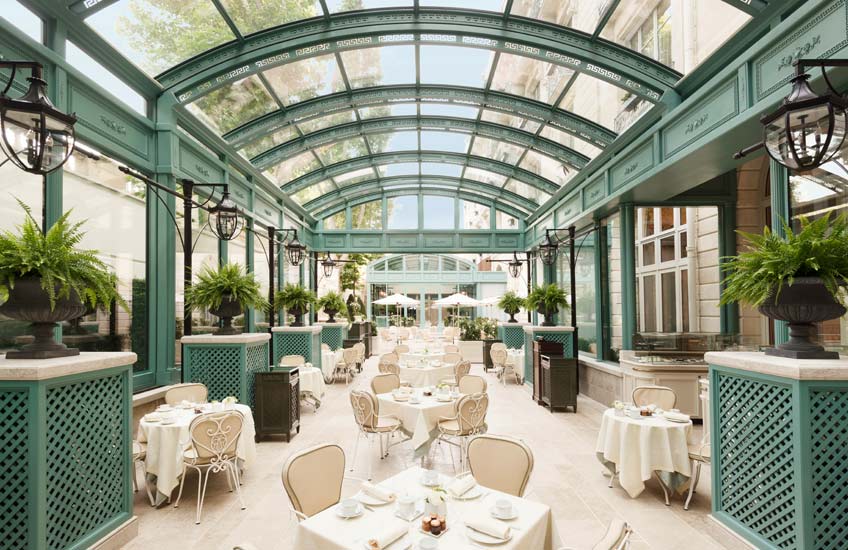 Renaissance is the right word. It signifies a rebirth and this is still the Ritz Paris that is known and loved by many – not a new fabrication created by an egotistical owner or designer. Everything has been renewed for a new era yet the revered look, charm and character remains. In fact, to most, the changes will be unrecognisable. 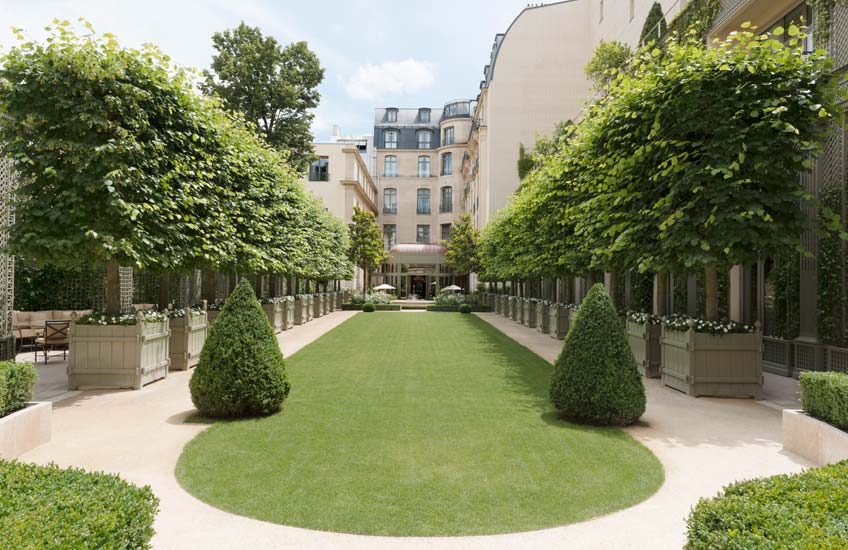 “We held up to 10 interviews each to choose a supplier,” explains Nassim Yaghmaei, Design Manager, “We wanted artisans who could produce the perfect outcome. Some chairs were repainted 15 times to replicate their original colour.” 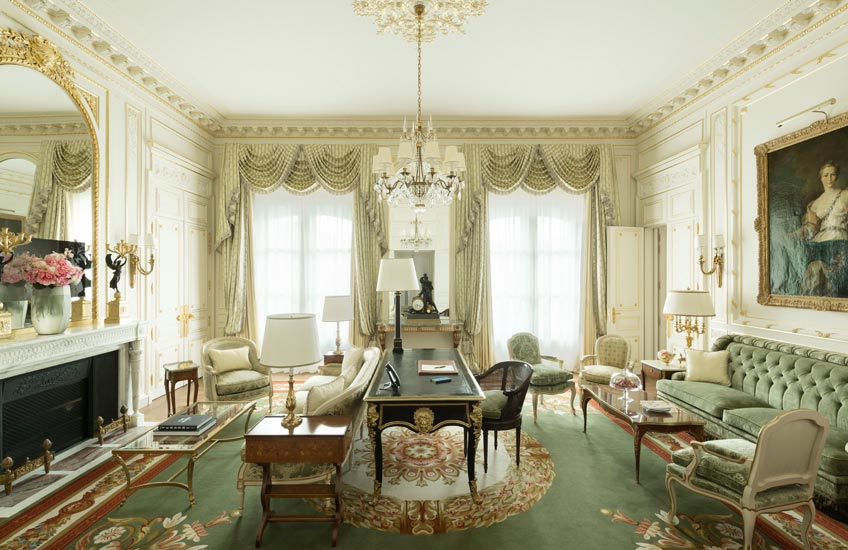 The famous Bar Hemingway (named for the Ernest who spent many a happy moment there) is virtually unchanged from the day it was liberated from the Nazis at the end of the occupation, apart from some wall-hung memorabilia belonging to the author and improved lighting. 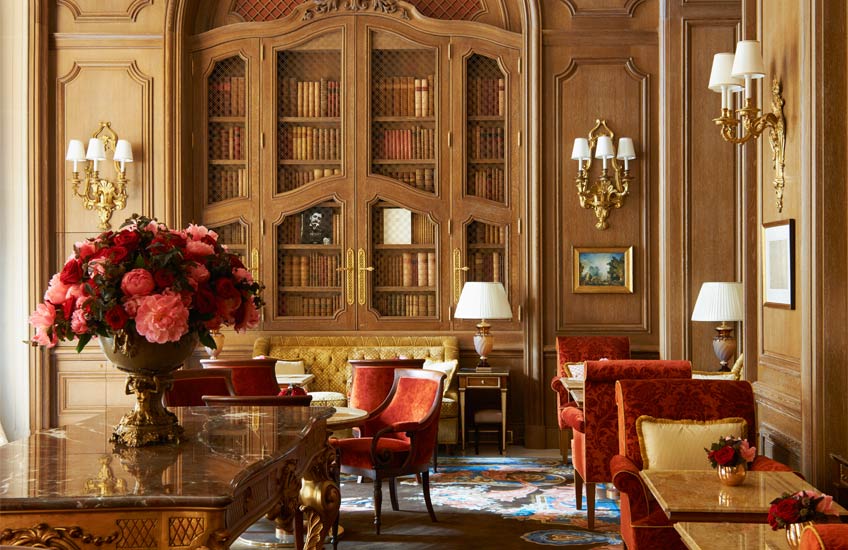 Salon Proust is one of the most impressive additions. Amidst its book-lined and limed French oak walls, guests are invited to take afternoon victuals of tea and madeleines. New patrons would never guess that the space didn’t exist before this incarnation, having been furnished with remarkable Baroque furniture and treillage woodwork; for longtime visitors, the salon is a natural extension. 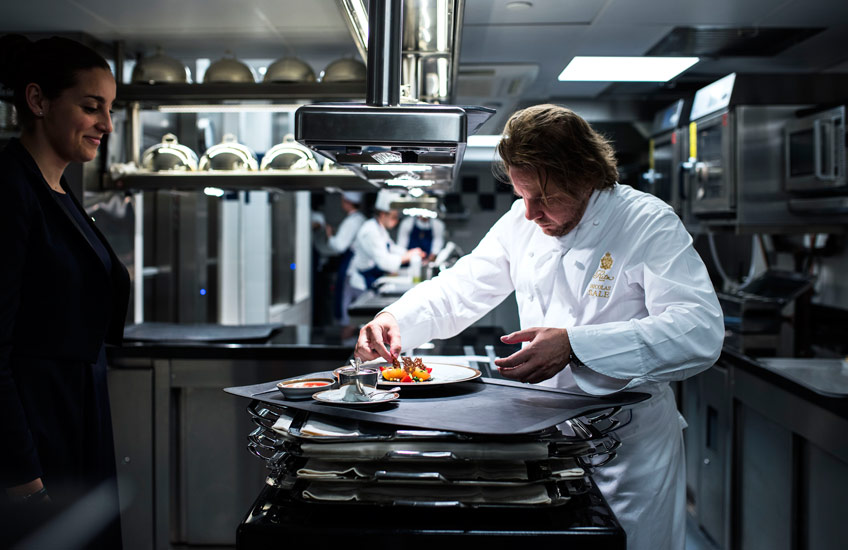 Some structural changes make for a brighter, airier aesthetic. Nassim goes on, “We think that luxury no longer has the same meaning that it did in the 1980s. Comfort is essential, naturally, […] but dimensions play a new role. Most important of all was to optimise space and light.” 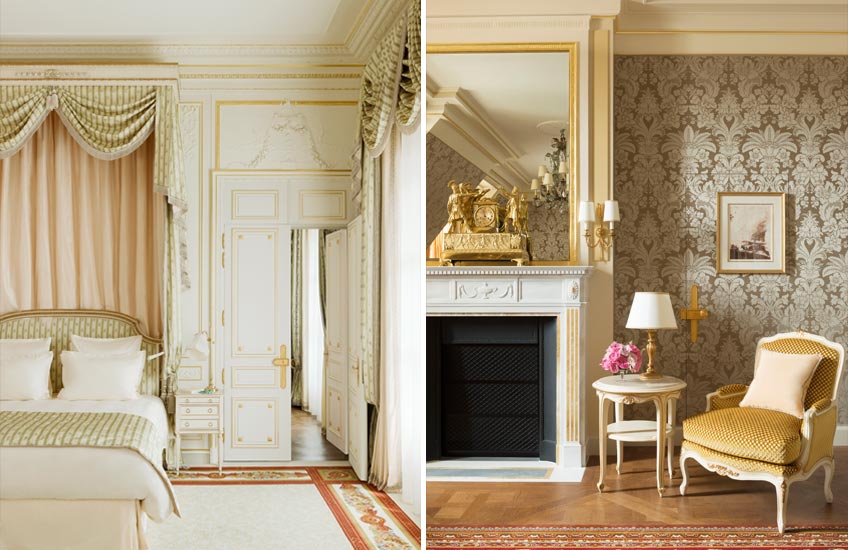 The hotel now offers a reduced 142 rooms from its former 159, including 71 suites – 15 of which celebrate the hotel’s legendary guests. To an existing roster of suites (including the Coco Chanel, the F. Scott Fitzgerald and the protected Impériale), have been added the Maria Callas and the Proust, amongst others. Callas’, a romantic space akin to the César Ritz suite (dormers and all) with ionic columns, Neoclassical striped wallpaper and dusky rose upholstery; Proust’s, the bedroom equivalent of the Salon with rich wood panelling and button tufting. All accommodations now include underfloor heating and essential wiring cabled into its antique furniture. 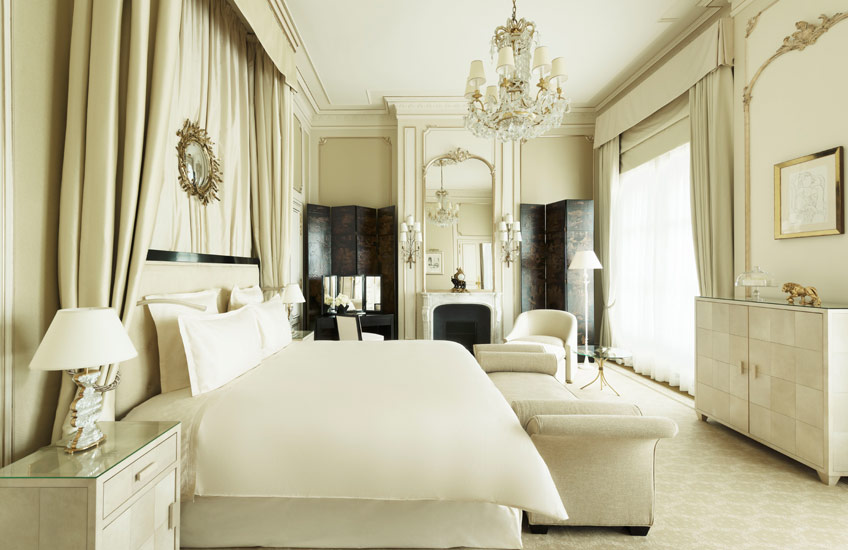 The seven-treatment-room CHANEL spa is another new facility and the first of its kind. A new shopping passage, underground ballroom, retractable roofs in Bar Vendôme and L’Espadon and a breathtaking 21,500 square foot garden are the hotel’s answers to the question “Is the Ritz Paris still relevant?” 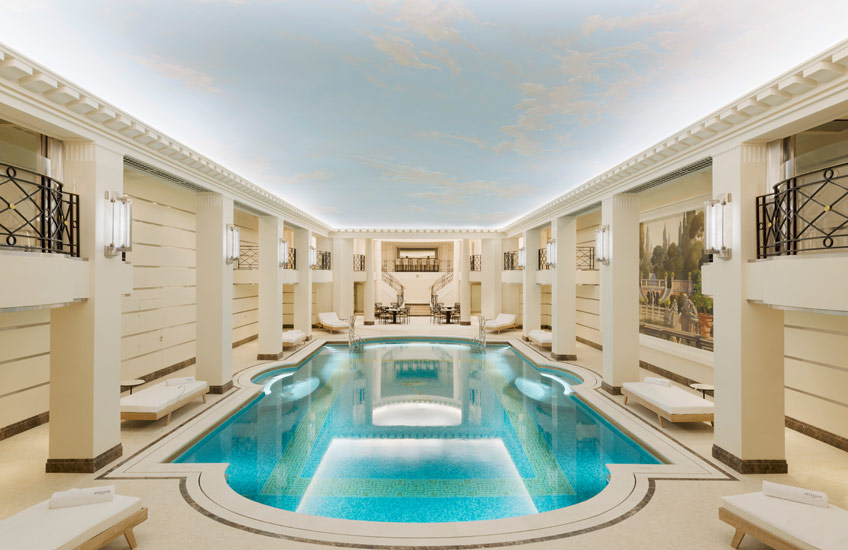 Of the Belle Époque palace, Hemingway is widely quoted to have said, “When I dream of afterlife in heaven the action always takes place in the Paris Ritz.” With its signature amber scent and bass, violin and guitar notes once again intermingling in the air, Hemingway’s hopeful expectation is well understood. 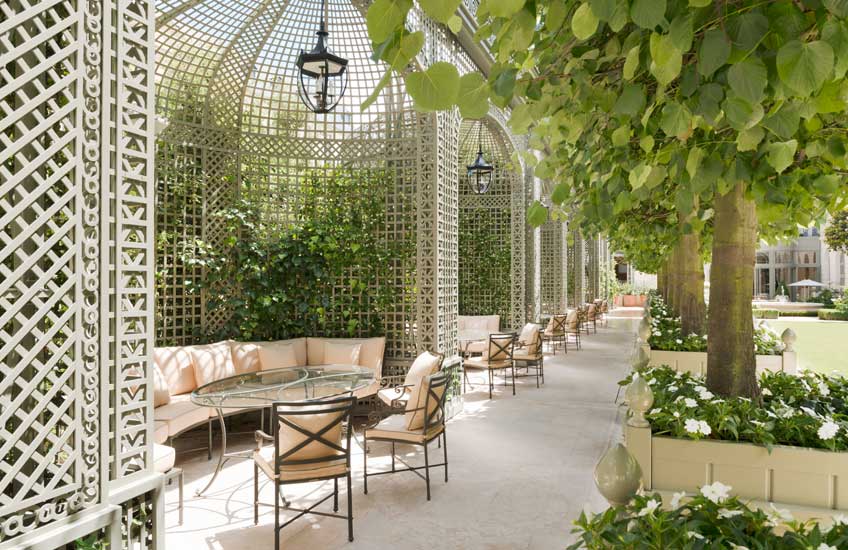 Discover the top trends to look out for in 2022