Far from being merely a looking glass, the best mirrors are those that make an architectural impact, that proclaim a style-before-substance statement, and that add a layer of visual texture to the room.

Step forward Jessica Harding, LuxDeco’s Senior Creative Buyer to reveal her selection of the nine decorative wall mirrors to have on your radar in 2021. 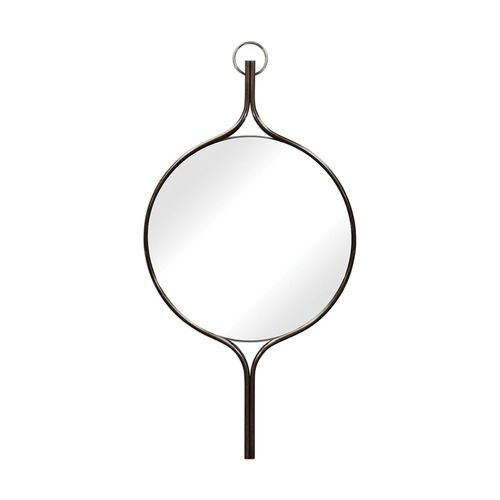 One of the aspects that I love most about this William Yeoward wall mirror is its contemporary take on the teardrop. It’s what makes it decorative without becoming too dominant as the detailed element comes from the fine bronze frame. It’s larger than you might first suspect too, making it suitable as a living room’s centrepiece. 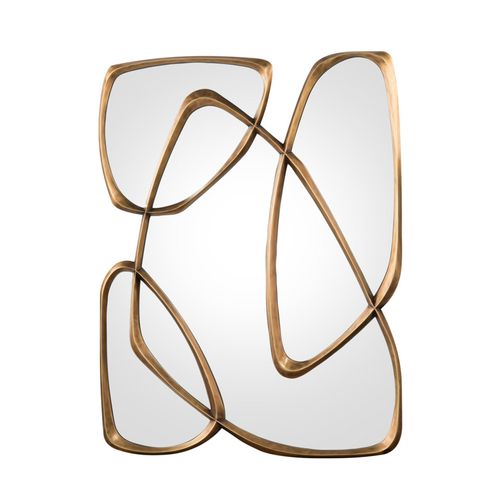 This is one of my top wall mirrors for adding serious artistry to a space. A series of four overlapping abstracts, it’s a fluid piece that will add movement to an otherwise still style of interior. Or, hang it above a piece of furniture with a lively wood grain and it will enhance it all the more. The frames are purposefully broad to allow for the exquisite Mayan Bronze finish to shine bright. 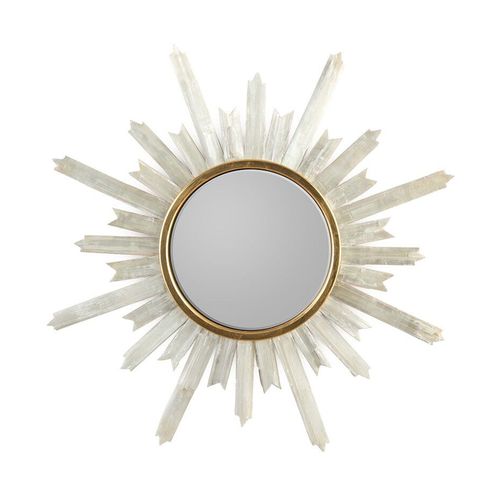 It’s impossible to consider statement mirrors without including at least one starburst mirror or two, cue this captivating design by John-Richard. The sun’s rays alone grant it showstopper status, but even more so when you take into consideration its material pedigree – the crystal structure mineral also known, beautifully, as desert rose. 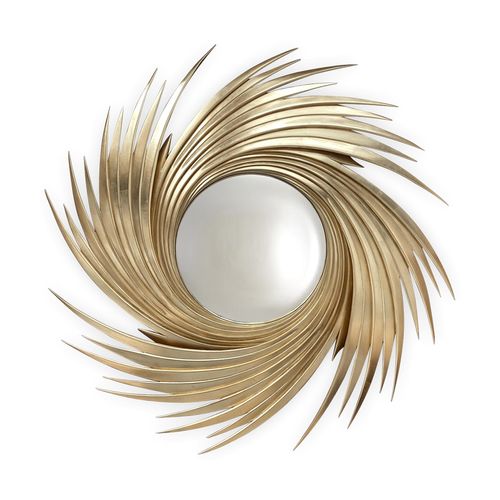 From starburst to the in-motion swirls of this gold lustre statement wall mirror, said to be inspired by the Philip Treacy chapeau worn by The Duchess of Cornwall on her wedding day. The Camilla mirror is as regal in its materials being hand carved from mahogany and then finished in21st-Century Gold Leaf. 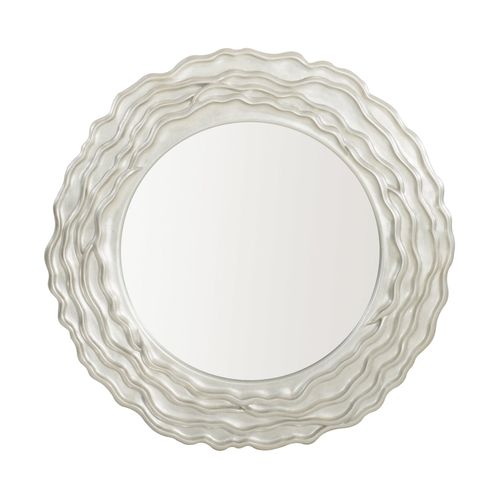 Surrounded by soft, pearlescent ripples, this round wooden mirror by Bernhardt is the epitome of grace. Its undulations are soothing, making this a bedroom mirror in the making or use several in a group to offer a mirror alternative to the gallery wall. Team it with mirrored furniture and velvet accents. 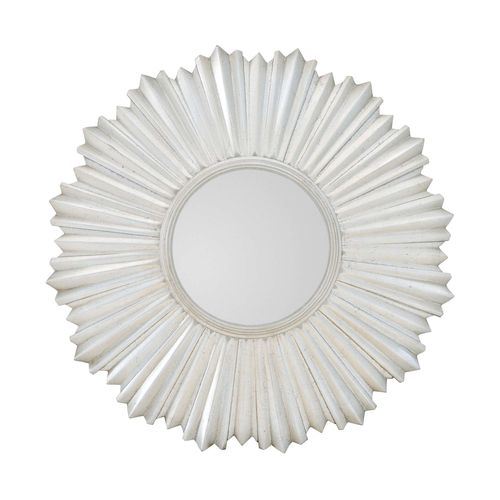 This decorative wall mirror is a further sunburst design but a far more pared-back variation than the John-Richard piece. Neo-gothic in style with a shimmery silver character, it’s glamorous but not loudly so, especially as it’s modest in size too. One of my favourite features though is its surprise convex mirror centre – a playful, modern touch. 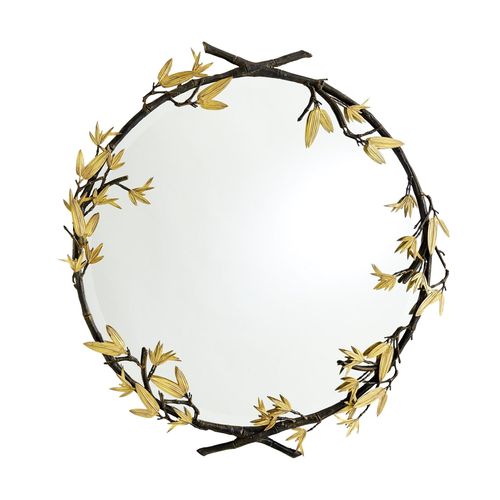 So slim in profile is the glass on this wall mirror that it appears almost as an illusion, but then again, everything about this piece is about a delicate, folklore nature. The perimeter is cast from iron that’s detailed so meticulously that it resembles bamboo with pretty offshoots that are golden in hue. It makes for a lovely addition to a little girl’s bedroom as much as a core living space. 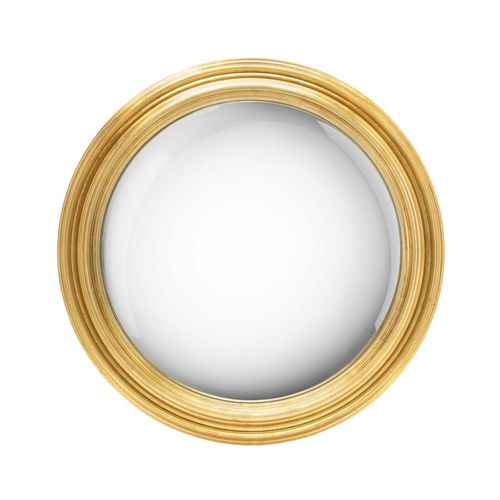 Sometimes, the best wall mirrors are those that are simple in shape, restrained in detail, and classic in colour palette. These are all character traits embodied by my next pick, a gold circular mirror to suit any scheme. Like the Allure Round Mirror, it has up its sleeve an unexpected detail that makes the glass as attention-holding as the frame – a convex mirror. 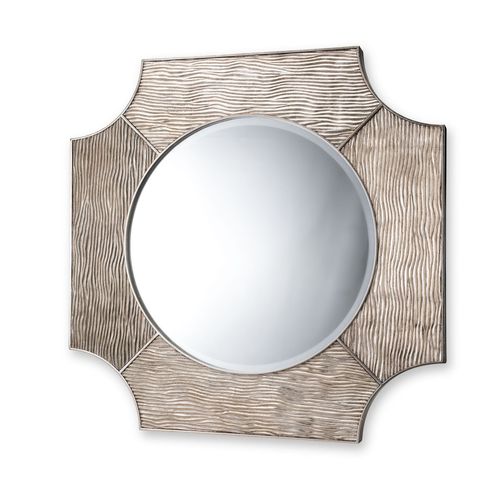 And finally, a mirror whose frame can only be described as sculptural with Greek and Coptic crosses as its muse. Generous in size – and rightly so for the antiqued silver leaf finish is one that deserves to be showcased – you’ll need a large wall expanse to hang it in all its glory, such as over the fireplace in a living room or over a console table in a capacious hallway.

5 Tips For A Biophilic Bedroom

From improved air quality to the joy of natural materials against the skin, here are our tips for a biophilic bedroom.