This week marked the MAISON&OBJET 20th anniversary and with M&O being arguably one of the world’s best interior design trade fairs, it was cause to celebrate indeed. The event (affectionately known simply as Maison) and the products and talents it showcases are continually at the forefront of commercial design and mark the beginning of a new year of trends, directions and attitudes in the industry. It’s here that, for five days in an exhibition hall on the outskirts of the City of Lights, the world’s trade professionals and journalists (which number upwards of 85,000 visitors) gather for an event full of the the most stylish, iconic and pioneering design minds.

Brands have been born there (the event’s promotional Born and Raised with MAISON&OBJET adverts are proof of that), blossomed there and hit iconic status there. It’s a community of design talents which aren’t just the captain of the ship but the sails, the ropes and the winds as well.

“Over the years, the show has grown bigger, attracting more and more people, especially from beyond European borders,” Philippe Chomat, Maison’s Communications Director, reveals, “Despite its increasing success and its internationalisation, the model has stayed essentially the same. MAISON&OBJET’s ambition remains to present the broadest possible offer of the home décor and design markets.”

These days, the industry would seem positively incomplete without diaries indicating a trip to Paris every January but there was a time when this one-stop-shop didn’t exist. “Before MAISON&OBJET, there was Paas, Moving, Tex’styles, Mic, Arts cuisine, Parallel and scènes d’intérieur,” Phillippe says of the fair’s predecessors, “These fairs, faced with changing distribution models and the need to extend their international reach, came together in September 1994 to be held simultaneously at the Parc des Expositions at Porte de Versailles.” This consolidation was the first step to creating the world-renowned event – “A few months later, a decisive step was taken. In January 1995, they joined forces under the banner of a single fair: MAISON&OBJET.” 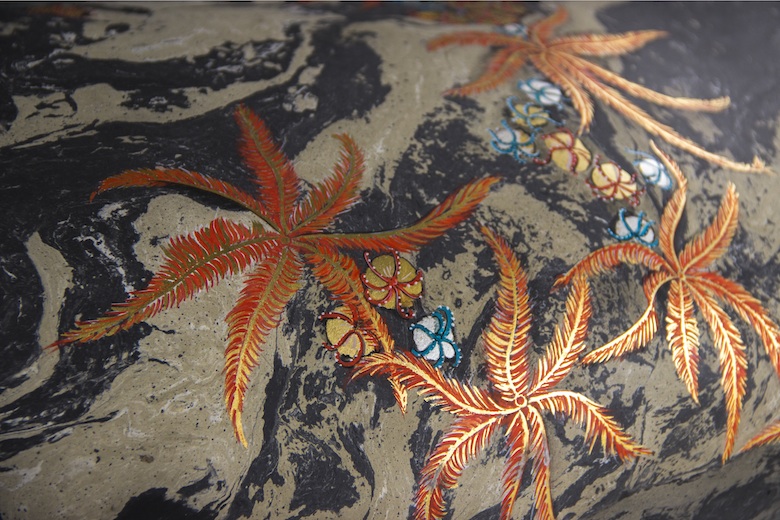 Maison and objet – the French for ‘home’ and ‘object’ – are two simple words which, together, have come to mean so much. Since the day when seven became one, the phrase has stood for quality, innovation and a passion for good design and, in the process, Maison has gone from strength to strength. “Over the past twenty years, MAISON&OBJET has met the challenge of making Paris the world capital of design,” the event’s organisers claim, “Taking advantage of the French capital’s powerful appeal, the unmatched and unique savoir-faire found in the country, the vibrant creative tapestry of France and the personality of the most influential designers of the day, this major fair… has ceaselessly expanded.”

Phillipe explains, “[MAISON is] a unique model, strikingly different from that of any other fair in the world, which has recorded ever-increasing interest from market professionals. That is the reason why, today, if you want to find design, you go to Paris.” It’s true – Paris has acted as the perfect stage for Maison. Known for its inherent style, faultless artistry and status as one of the world’s most influential cities it was a natural choice. But the fair couldn’t have come at a tenser time this year. With memories of #jesuischarlie still hanging fresh in the air and as discussions continue on the right to freedom of expression, the fair stood unapologetically in favour of the right. Expression (or, more specifically, creative expression) is exactly what Maison values and is valued for.

In fact, it was this year that the organisers initiated with much success their Designers of the Year programme. Four individuals (two from the Paris, one from the Asia and one from the Americas shows), who been handpicked to represent their respective events, showcase admirable progression in their fields – a clear sign of an industry that can’t and won’t bow down to hostile outsiders. Yes, their mediums and approaches may differ, but one factor unites them – their unwavering commitment to excellent design through an irrepressible freedom of expression. A tribute in itself. 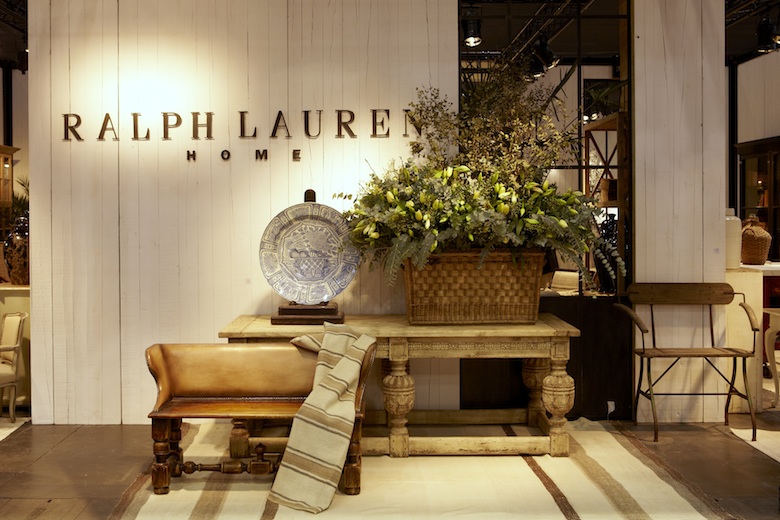 As well as being openminded to every and any inspiration, the event prioritises also conscientiousness in design with subtle sensibilities filtering through the catalogue of products on show. “Throughout the year, the members of the MAISON&OBJET Observatory search for and analyse the micro-warning signs of change,” the event’s marketing communicates. In fact, this year more than ever the theme was one of recapturing control – a notable departure from laissez-faire in favour of savoir-faire, a faultless understanding of design.

“The theme that was chosen for the January 2015 session [entitled MAKE] centres around the observation that an increasing number of consumers and design-lovers are no longer just interested in buying an object for its look,” Philippe confirms, “They are interested in the history [and] the process that led the object to come into being. This is about replacing the creator [or] manufacturer at the very centre of design and sharing their story with the rest of the world.”

In this poetic return to tradition, the theme reemphasised Maison’s lifelong obligation to artisanal craftsmanship, quality materials and beautiful design. “Traditional forms of savoir-faire are once again a source of value for manufactured objects,” explains Philippe, “The ultimate luxury entails returning to the essential beauty of technique and ennobled material. We take pleasure in watching what goes on behind the scenes in the creative process as exceptional objects are fashioned.” Èlizabeth Leriche, one third of the Observatory’s executive team, summed it up with her comment, “The hand – the tool of a new luxury – touches and transforms.” 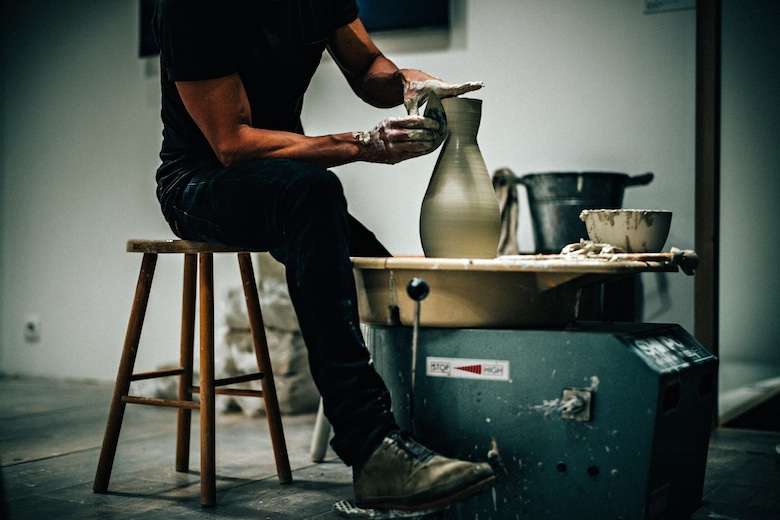 But what of the actual products on offer – the trends, the styles, the materials? Of the 3000 plus brands which exhibited, there were countless inspiring stands to peruse which always makes the event both an exciting and a daunting one. “Maison is always a great opportunity to get a comprehensive overview of the direction the industry is going in,” says Lucy Helmore, LuxDeco’s Head of Buying. “It was exciting to see the return to more traditional techniques like straw and wood marquetry but with a modern edge,” she reveals, “These techniques are so time consuming and require so much skill that, although the final product is absolutely beautiful, the customer hardly ever knows all the work that goes into it.”

Other key luxury trends from the event were mixed metals (imagine rose gold and copper, in their various finishes combined with nickel and steel), a surprising new take on pink (it’s not just for little girls anymore) and a touch of Japanese. “Petrified wood, crystal, shagreen and geological minerals are still sticking around,” Lucy explains, “and it seems that fun, bold patterns like chevrons are on the way out. Particularly in the luxury sector, emerald and royal blue were colours to pay attention to whilst horn and other natural textures were popular finishes.”

As the eyes and ears of the industry, Philippe similarly has a lot to say on the subject of luxury. “Luxury interior design is becoming more and more about high quality and not just spending money anymore,” the Communications Director explains, “People are losing interest in name brands and focus increasingly on the process and the quality of the products they buy. Today, the ultimate luxury is owning something unique and entirely customised.” 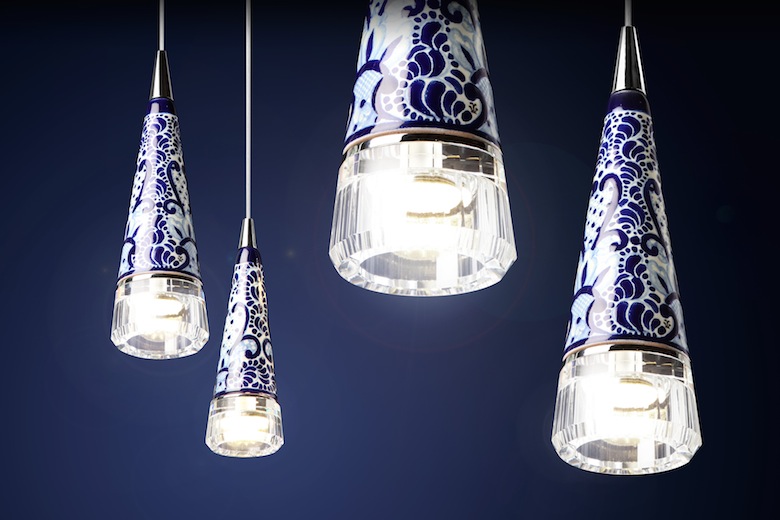 It’s safe to say that it proved to be another successful and stylish event under the belt for the Maison family. “In twenty years of MAISON&OBJET, we have gathered 3,000 exhibitors twice a year encompassing all styles and product types, launched four shows dedicated to complementary house markets, created a Design Week in Paris, elected 60 Designers of the Year and highlighted 200 French and international Rising Talents,” Philippe understandably boasts.

So what does the next 20 look like for the worldwide fair? Having expanded last year to Asia (MAISON&OBJET Asia is held in Singapore in the second week of March), Maison is set to domineer square footage in yet another continent. May 2015 will see the debut of MAISON&OBJET Americas onto the global design scene. Coming via Miami, the fair seems destined to do to Miami what Maison has done to Paris. “It will bring together a selection of 200 brands representing the upscale spirit that was behind the success of… Paris,” the event’s organisers promise. Expanding to an even larger, captive audience (the website makes a lot of the potential of the continent’s 954 million inhabitants – a clear sign of the high expectations of success), indicates an evolving future for Maison. One which we can’t wait to witness.