When a hotel restoration has been in the making for four years, you know it’s going to be a showstopper. The hotel in question? The Peninsula Paris housed in a stunning century-old Haussmanian structure with all the right bones. Opened as a grand hotel in 1908, the building has certainly had its fair share of interesting occasions. Its first life saw it as the venue for stately balls and society events, UNESCO’s war-time headquarters and an international conference centre (the 1974 peace accord which ended the Vietnam War was signed there). Over its years as an administration centre, the building’s outer façade and roof fell into disrepair whilst its beautiful details were covered over with bland dry-wall, concealing but inadvertently preserving its original mouldings. 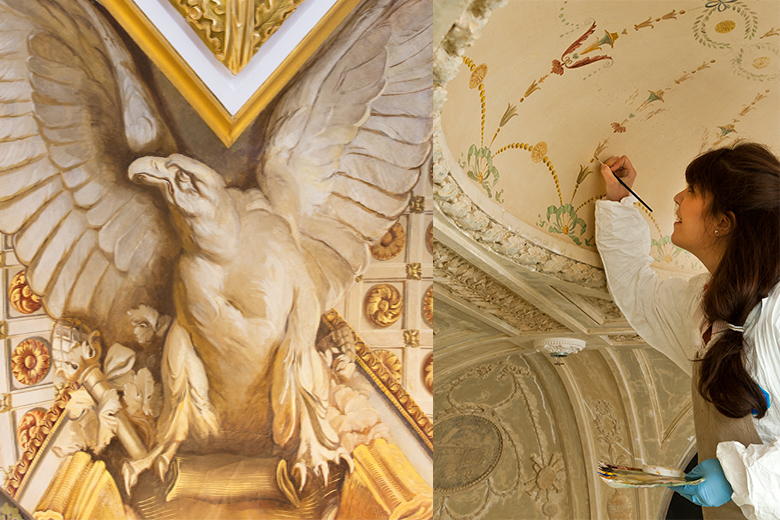 When The Peninsula Paris opened in October, it was the start of a new life for the hotel. The result of a massive restoration project which stayed admirably loyal to the original, the property was literally offered a second life. An unquestionable coup, the project involved the work of expert Parisian craftspeople, designers and heritage decorative arts companies – many of which had worked on the original building. Its impressive 10,000 square metre façade was lovingly refurbished by 20 skilled stonemasons with entire bas-relief sections being reproduced with only photographs as a reference; 1000 individual wooden panels were individually removed for restoration by expert wood restorers; and extensive research was carried out to ensure that the public areas were decorated exactly how they would have been in 1908. It’s no wonder then that the restoration took four years (despite the original hotel being built in only two).

So, just what went into this magnificent restoration which has industry insiders calling it the “hotel opening of the year”? Discover how the project’s main contributors recaptured the life of the previous hotel to create a new “palace hotel” for the 21st century. 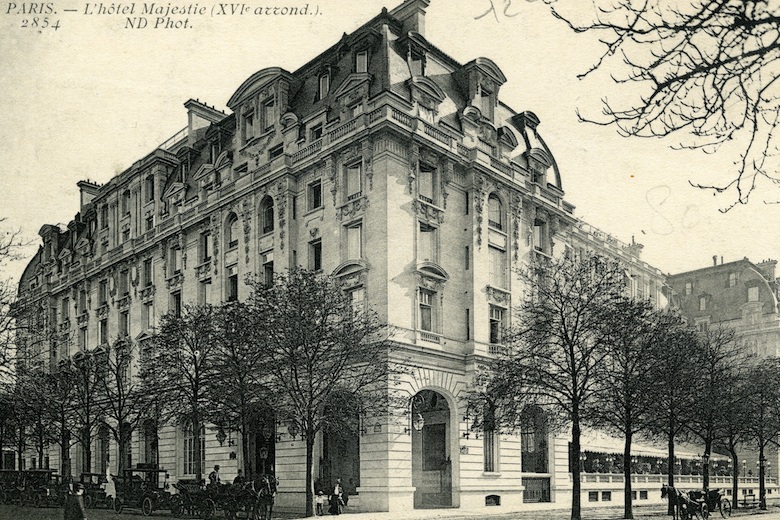 Q: No one can dispute that The Peninsula Paris has been returned to its former glory. Can you tell us a little about how you undertook the restoration of all the hotel’s fine detailing?

“We followed three phases. The first was historical survey and investigations on the building before starting the works on site. The historical surveys gave many details about the hotel as it was at its very first opening in 1908. We had access to photo galleries, reports and construction plans. The names of the construction companies provided interesting information about the way the original project was detailed and the process of execution.

The third phase was to give back to the contractors fine details that we re-designed using the historical information and specifications. This work was facilitated by the fact that we had some skilful artisans in Paris who had kept the know how – techniques such as wood carving and treatment, gold and bronze gilding, metal works, decorative painting, frescos, stuccos, mosaics flooring and stained glass ceilings. Consequently all part of the original construction that we kept was restored using the same details, patterns and finishes as the original.

The benefit of this type of accurate restoration is to create a new setting for a contemporary design for a palace hotel opening in 2014 which was the main request. The basic historical reference to [the hotel’s] former beauty was a good start for a refined dialogue between contemporary and historical design.” – Richard Martinet, architect from Affine Architecture & Interior Design 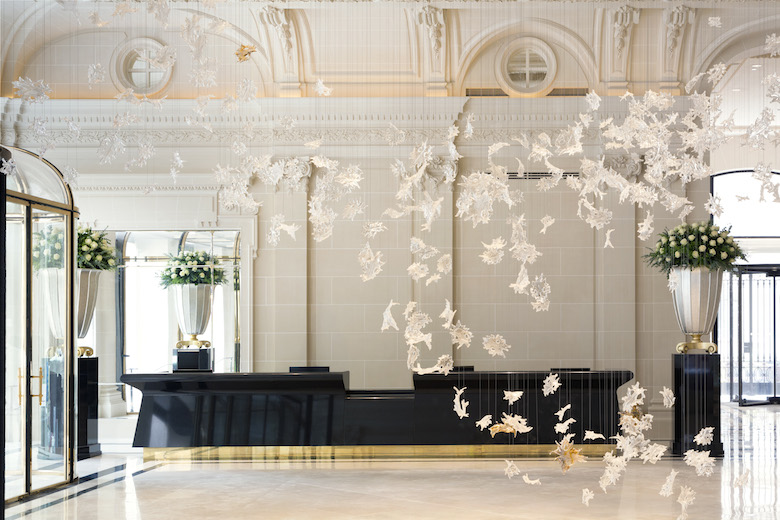 Q: There are 800 crystal leaves in the Dancing Leaves installation – how was it created?

“In collaboration with Chhada Siembieda Leung Ltd. and Richard Martinet Architecture & Interior Design, Lasvit’s designers have developed this unique and elegant contemporary glass art installation, that reference the leaves of a plane tree. Plane tree is frequently seen in Paris streets, especially the Elysees district and on the avenue Kleber. The design concept is of wind grasping the leaves – a kind of impulsive dynamic flow, drifting up to the heights and eventually falling into the pond placed in the main lobby. Their airy lightness should give us a mingled feeling of harmony and balance. The “Dancing Leaves” glass art installation is made of 800 hand-blown glass abstract sycamore leaves: – some clear and some with silver leaf inside the glass.” – Michal Supita, artist from LASVIT 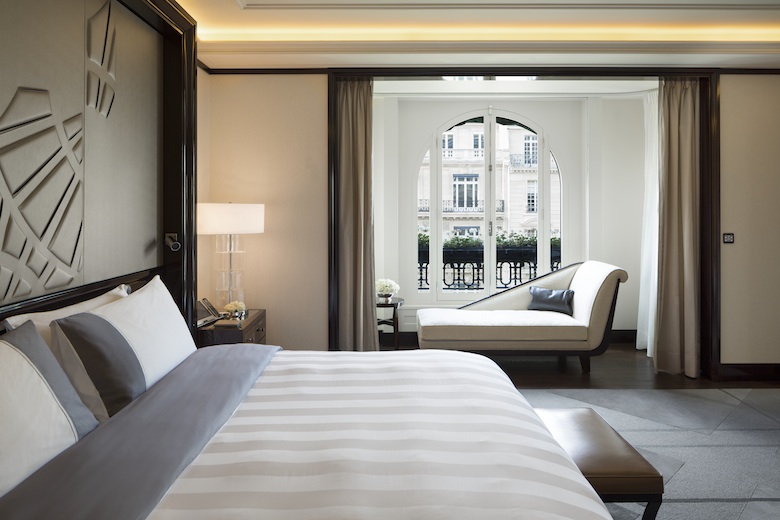 Q: How did the history of the building influence the way the interiors were designed?

“We took over the project of the interior side and were guided by the architect who is local architect, Richard Martinet. [The preservation] of the old building was something we were told we had to respect and maintain – they always wanted to relate the history of the building. We uncovered the old face of the building (because it had gone through several renovations over the years) and explored the original charm of the interior.

We tried to create a more modern approach to contrast with the architecture but at the same time harmonise with it. The building is an early twentieth century building so it’s a mix of the old Neoclassical style and the new movement of the Art Deco movement. That’s why in the room we have a subtle touch of that Art Deco feeling – the high gloss piano finish and dark furniture with dark moulding. So I think that is the general trend they wanted to start with.” – Henry Leung, Principal Interior Designer from Chhada Siembieda Leung Ltd. 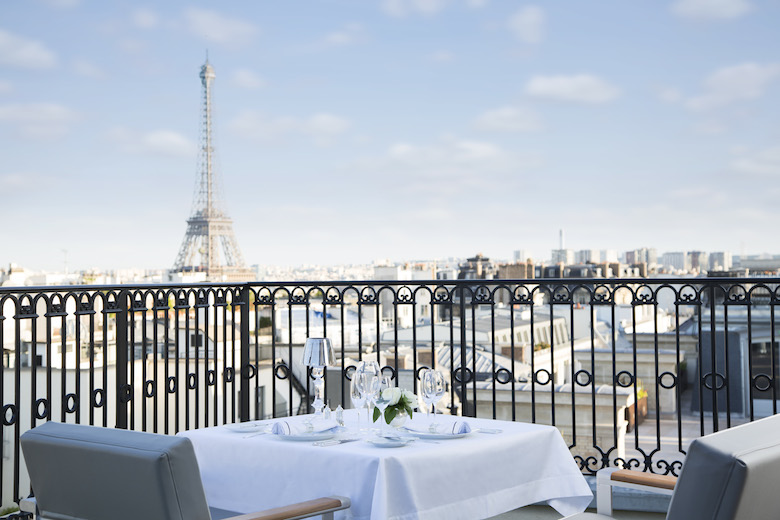 Q: What is the most special thing about the food of the hotel?

“The most special thing is the broad collection of eclectic restaurant and dining options which bring a whole new dimension of dining to the city. Open daily, we have six food and beverages venues which showcase the very best of France and The Peninsula – The Lobby, LiLi Cantonese restaurant, La Terrasse Kléber, Le Bar Kléber, Le Lounge Kléber and L’Oiseau Blanc rooftop restaurant, bar and terrace offering 360° views over Paris.
With a “farm to table” philosophy using only the very best of French ingredients, we offer perfectly executed seasonal cuisine.” – Jean-Edern Hurstel, Executive Chef 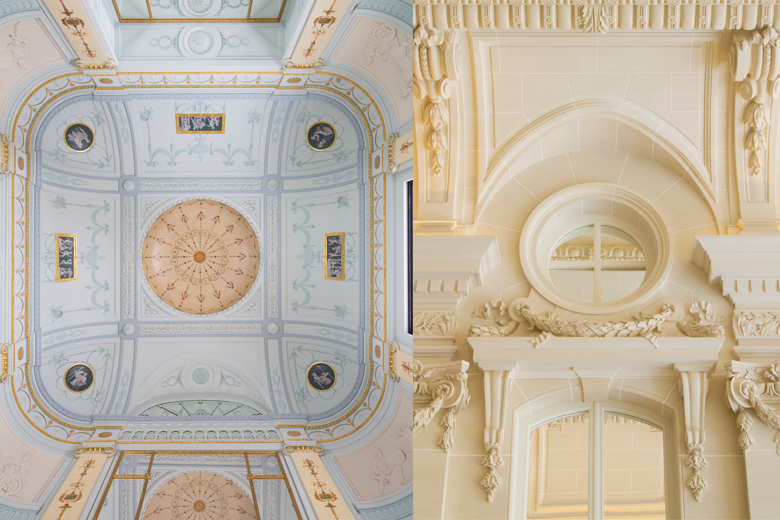 Q: The hotel has been referred to as a “Palace hotel” – what is it about it that makes it different to other luxury hotels?

“Established by the French Minister of Tourism in November 2010, the Distinction Palace is designed to award official recognition to the finest 5-star hotels.The distinction tightens up the 5-star reference by [fulfilling] 38 compulsory criteria that are optional and adding others, such as delivering luggage to rooms in less than ten minutes. Qualitative elements are also taken into consideration such as an exceptional geographical location, the history of the place, its heritage appeal, or the aesthetic of the hotel.

[The Peninsula Paris] is the rebirth of a heritage building with a fascinating history and a true soul. It will be the place where, once again, Paris meets the world and the world meets Paris.” – Nicholas Béliard, General Manager

A pairing of cool and happy to revive our spirits