What if this was your view? For the future residents of New York’s 432 Park Avenue, it will be. The development – which is set to be the tallest residential building in the Western hemisphere – has been hailed as a “new icon” and, at what will be 1,396 feet tall, it’s hard to contest that opinion.

Floor by floor, the planned 96-story masterpiece is changing the Big Apple’s skyline and reinventing the meaning of skyscraper with some 360 degree views which can only be described as spectacular. “432 Park Avenue is rapidly approaching its completion date in 2015,” interior designer Deborah Berke tells us, “The construction of the skyscraper just reached an important milestone of 1,000 feet.” 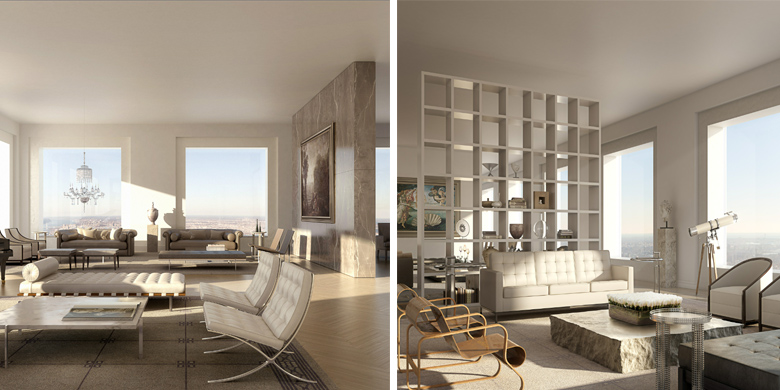 Despite its seemingly defying-gravity attitude, 432 Park Avenue is somewhat controlled in its styling – exuding a subtle confidence which allows its views to speak for themselves. And no where is that more clear than its striking interior plans which are part classic Park Avenue elegance and part modern cool.

A timeless, neutral colour scheme allows the apartments to blend seamlessly into their cloudy environments, assisted by those enviably large windows. The furniture of choice is equally harmonious – a mixture of iconic twentieth century silhouettes, subtle button-tufted pieces and lashings of pale marble and herringbone parquetry which offers a nod to the heritage of the city.

Commissioned with the job of designing 104 of these interiors, Deborah is undoubtedly our go-to expert for cool, city styling at the moment. After seeing these amazing images, we wanted to know just what a slick, vertiginous apartment is made of and, luckily for us (and you), the interior designer was more than happy to oblige. 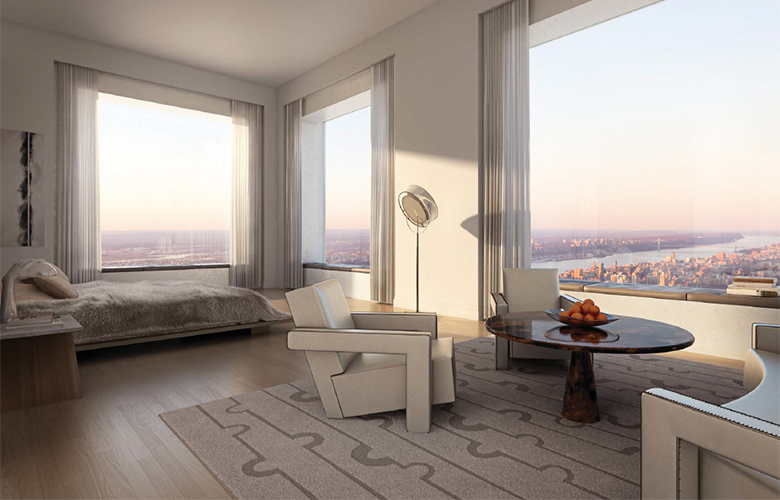 1. Design spaces that are of their place

“Our goal for 432 Park Avenue was to create residential spaces that had their design character rooted in New York City. Our designs reflect a New York sense of place – they are simultaneously based in Park Avenue’s tradition of gracious living spaces and establish the paradigm for 21st century sophistication. This balance is apparent throughout. For example, we juxtaposed oak herringbone floors that are reminiscent of the east side’s elegant pre-war apartments with stainless steel and marble kitchens that reflect a modern sensibility.”

“From material selection to the flow of the layouts, our apartments are cohesively whole as a setting for modern life. To us this means art collectors, families basing themselves in New York City and individuals needing a New York pied-à-terre are equally at home in our residences.” 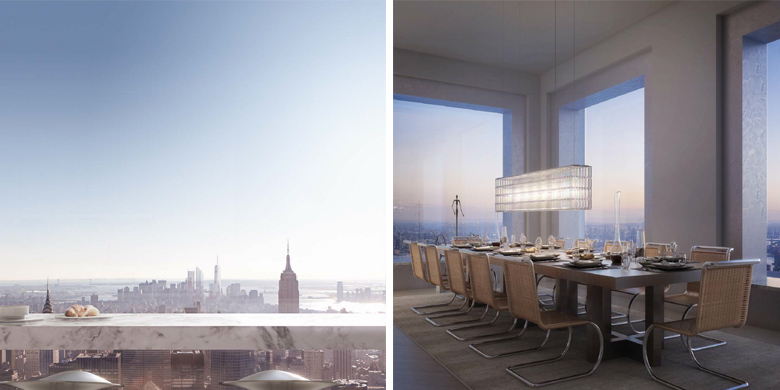 “Our goal is to create interiors of true modern clarity that are luxurious and functional at the same time. We balanced the grand proportions of large square rooms with details that acknowledge how our clients inhabit the spaces we design.”

“The incredible views from the tower’s 10′ x 10′ windows are truly spectacular. We organised our interiors to frame these views by creating axial relationships that place the resident in line with the varieties of Manhattan skylines visible from the four sides of the building. For example, the his and hers master baths feature a glass shower box and a freestanding curved bathtub, respectively, that perfectly align with the windows and the city beyond.”

Discover the top trends to look out for in 2022