“Truly fine furniture has always demanded painstaking attention to detail—and that’s still true today.” The quintessentially American furniture brand, Bernhardt, is renowned in the design world as a purveyor of high-quality, refined furniture suites which are equal parts timeless and directional. (A quick search on Instagram of #bernhardtfurniture will be evidence enough.) But, despite being over 125 years old, at its heart, it’s also still the same 1889 company with big dreams and faultless standards. 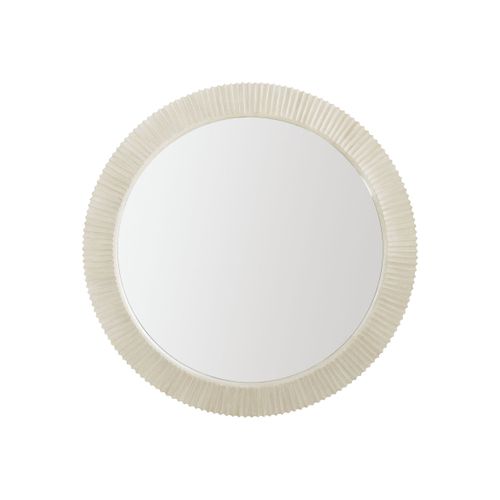 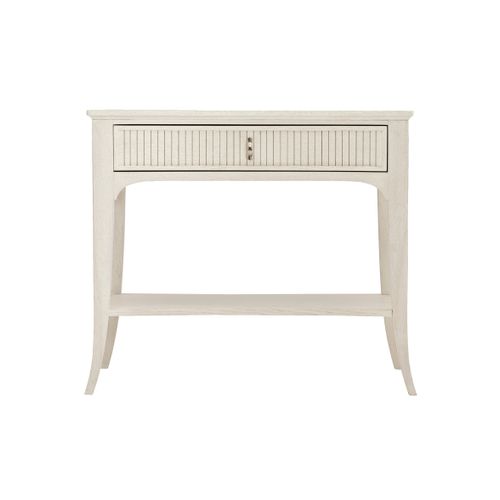 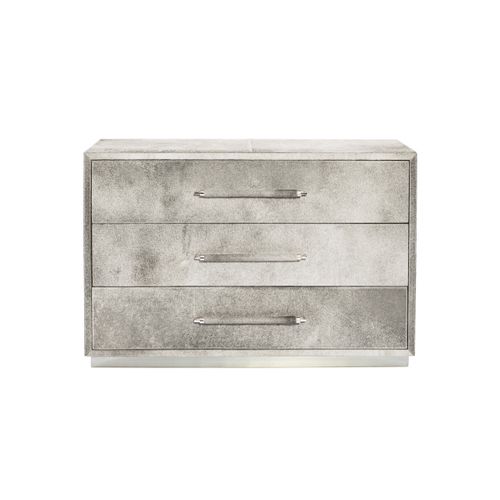 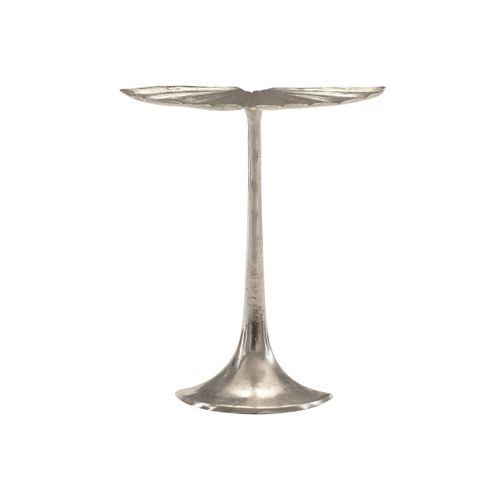 It’s the all-too-uncommon kind of brand which honours the past without resting on its laurels. Instead Bernhardt specialises in contemporary styles and innovative pieces. Its mighty combination of experience (it’s one of the oldest American furniture manufacturers), skill and passion (for both its craft and its employees or “associates”) not only make it a trusted choice for homeowners but a fascinating study in longevity and true pioneer grit. An ode to its creativity, Bernhardt’s collections include updated versions of most beloved interior styles, drawing inspirations from everything from Art Nouveau (the organic lines of the ginkgo Annabella range is unmistakable) to Craftsman style and from Parisian chic to rustic modern. Its designs blend time-proven timelessness with an eye for future timelessness.

For the living room, concrete-like patterns reinvigorate parchment techniques, Art Deco is revived in automobile-inspired Bernhardt sofa designs and media cabinets are made beautiful in their own right. 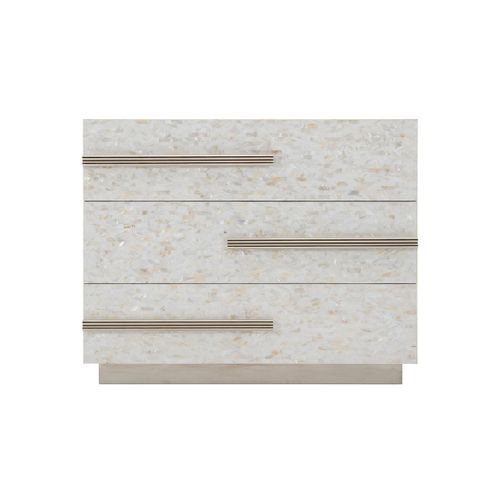 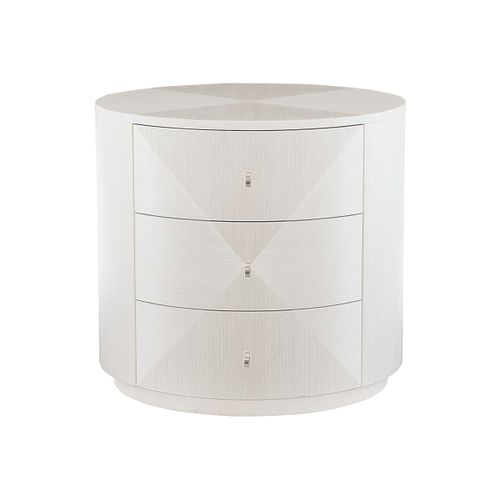 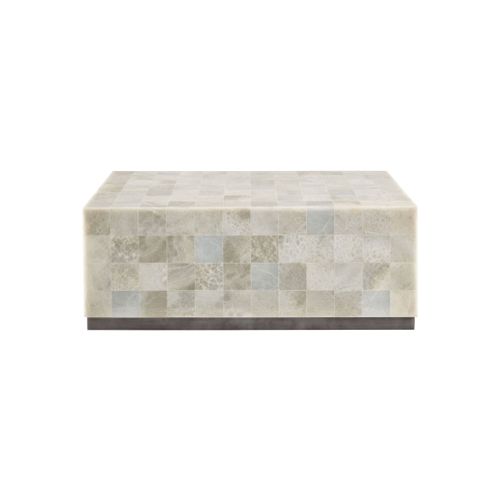 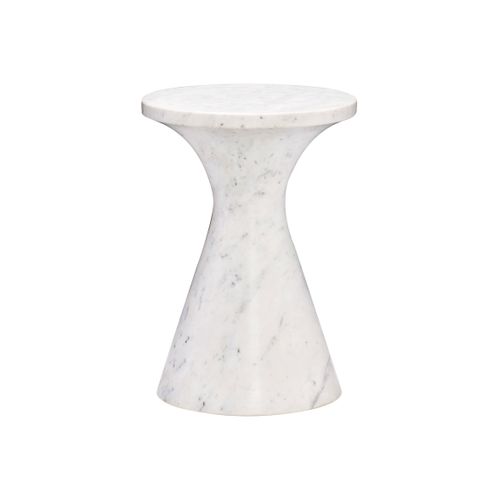 As the brand’s features in the industry’s favourite publications (from Veranda to Domino) will attest, the pieces are suggestive of the new classics. Designs which will be as sophisticated in twenty years' time as they are now. Despite Bernhardt being a much-loved name now and one which has, in part, defined the American furniture industry, like any brand which truly understands its craft, it was established under humble circumstances.

John Mathias Bernhardt, the brand’s intrepid and entrepreneurial father, had an early education on the importance of raw materials as part of North Carolina’s logger and lumber business. From a sawmill to a factory which manufactured furniture of the native white oak, John Matthias founded the first incarnation of Bernhardt in 1889.

Quickly building a reputation for superior quality and beautiful wood furniture, the early-days Bernhardt specialised in intricate oak-grain pieces which were the desire of clients all across the country. It eventually expanded its product line to include dining and bedroom furniture and, before long, Bernhardt dining tables and beds began to take pride of place in many homes. 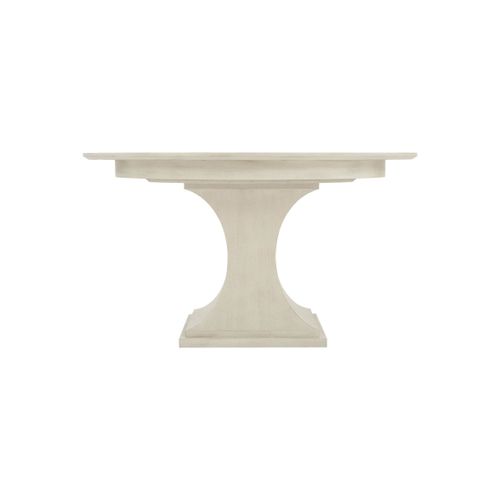 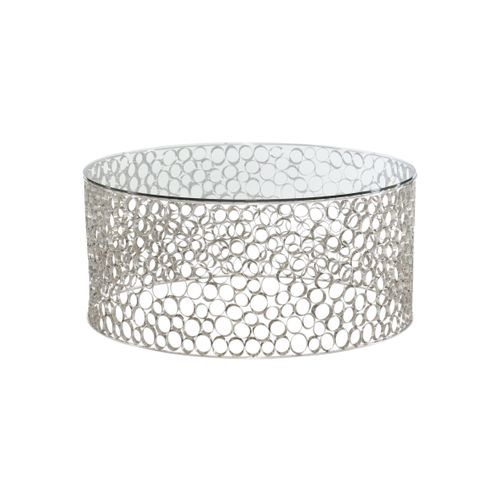 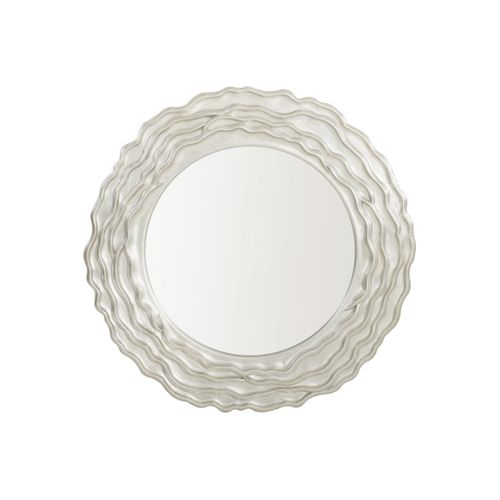 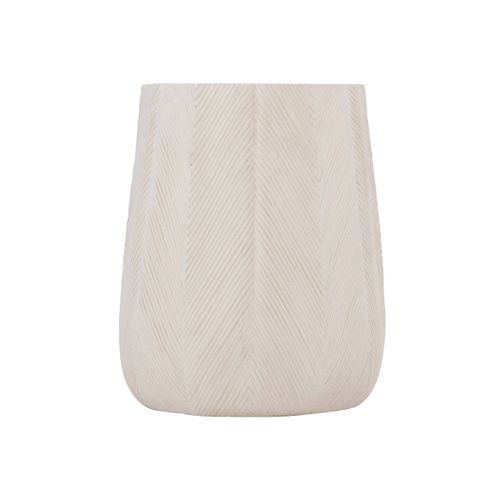 As with most companies around the turn of the century, war and the Great Depression took their toll, not to mention an almost eradicating fire which destroyed everything but the kiln and boiler room. But the fighting spirit and ingenuity of its founder lived on.

Time after time, the company was rebuilt and, with the support of a loyal workforce (who, during the Depression, accepted IOU-like scrips) Bernhardt moved into the post-war years with immense speed and fortitude. A booming need for furniture from newly returned and married soldiers kept the company’s well-made pieces in high demand.

1958 marked the introduction of luxury upholstery into the brand’s already sought-after catalogue. To the genteel and sophisticated Bernhardt customer, this was a turning point. Now Bernhardt quality could be found everywhere in their home. The brand’s history recalls, “Known for intricate oak-grain finishes, Bernhardt sold thousands of sturdy chests and tables costing less than $4 each. Cabinets and cases were stacked like bricks and loaded into freight cars for transport to cities across America.”

The expansion of the 1960s and 70s and finally an international expansion in the 1980s until the present represents the non-stop demand for Bernhardt’s fine American furniture.

Admirably, being American at its core is crucial to Bernhardt. Sure, there may be “American brands” but, more often than not, in name alone. For Bernhardt, full outsourcing to remote countries where applying stringent quality controls and a caring eye prove difficult to implement is not an option. The company still manufactures out of its nine factories in North Carolina—a feat in an age of mass-production and thoughtless outsourcing. 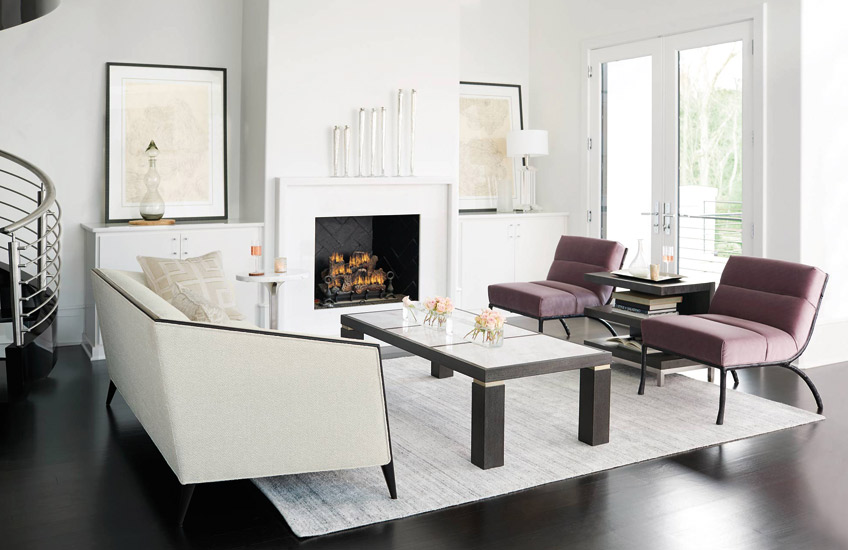 Today, Bernhardt’s third and fourth generation oversee the ever-expanding empire. Its third century has established the brand as an elite furniture curator, thanks to the 2008 launch of Bernhardt Interiors; a leading producer of fine hospitality furniture; and purveyor of high-end designer collaborations, including Martha Stewart and the Smithsonian Institution. The company has also recruited world-class designers including the likes of Arik Levy, Jaime Hayon and Ross Lovegrove. 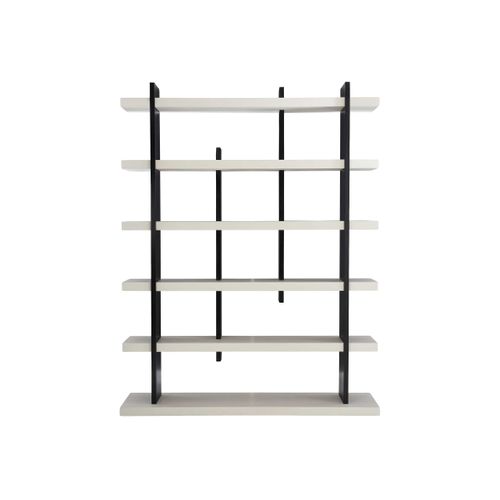 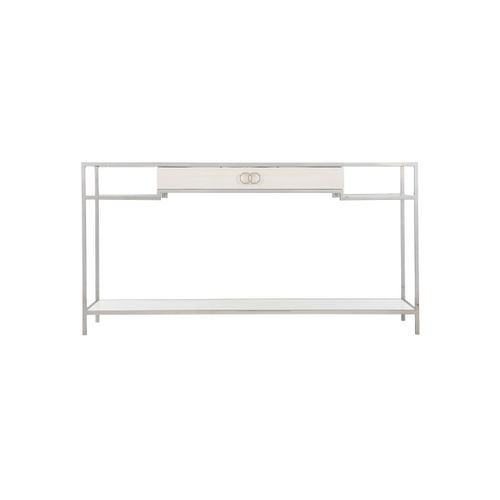 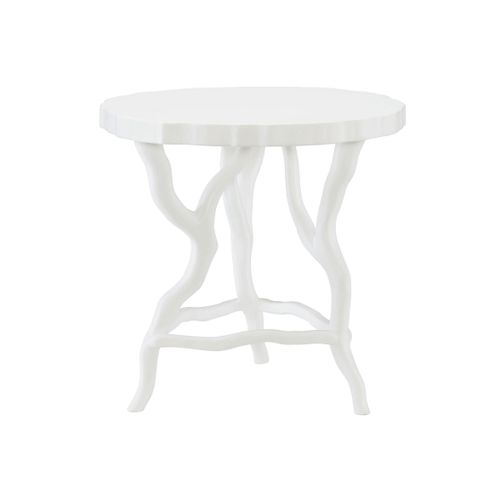 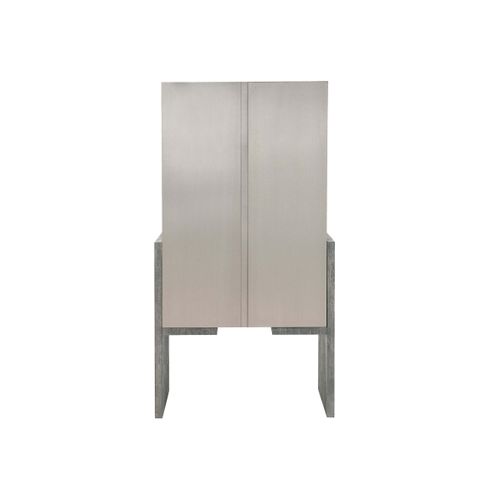 “Bernhardt entered the 21st century grounded in the values that sustained it in the 19th and 20th—yet fully committed to being as fresh, alert, and aggressive as companies of any age,” the brand claims. 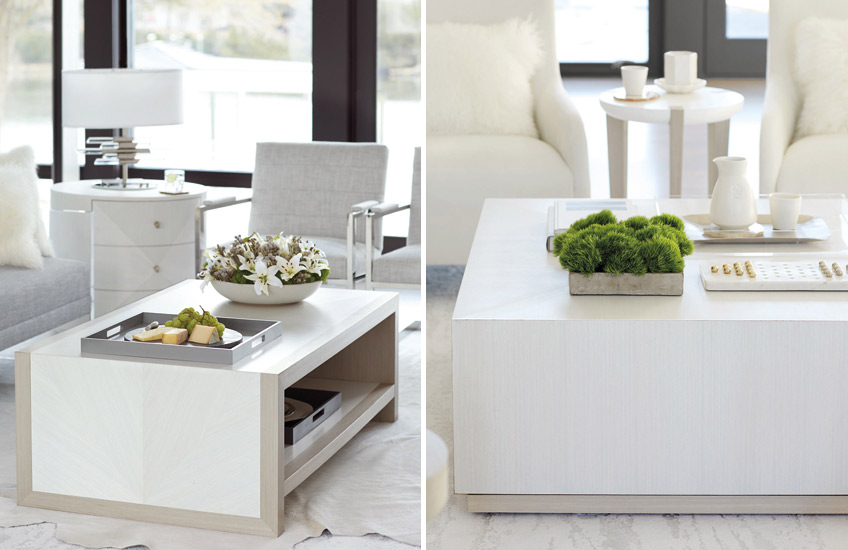 Prestigious awards of recognition, including the American Society of Furniture Designers’ Pinnacle Award, as well as certifications for outstanding commitment to sustainable design, are qualifying evidences of the brand’s indelible mark on the industry.

“The company still places high value on old-fashioned intangibles such as perseverance, loyalty, social responsibility, and environmental stewardship,” the brand’s website explains. An unusually ethical but apparently winning combination in today’s world. Fans of the brand can rest easy that their pieces are created beautifully from beginning to end.