What do you get when you cross an American powerhouse of design with a heritage British pottery institution? LuxDeco’s Senior Creative Buyer Jessica Harding takes a closer look at the collaboration between Ralph Lauren Home and Burleigh which launched with three exclusive prints.

If you were to name the top landmark labels on the British pottery landscape, there is little question that Burleigh would occupy one of the much-treasured spots.

1851 saw the beginnings of the brand where Hume and Booth established Central Pottery in the town of Burslem—one of seven towns that together formed the world’s epicentre of ceramic manufacturing at the time. Over a decade later, William Leigh and Frederick Rathbone Burgess took the reins, renaming the company Burgess & Leigh and began experimenting with more intricate patterns. Popularity soared, and to a larger manufacturing facility they moved—a steam-powered, redbrick pottery house on the bank of the Trent and Mersey Canal that remains Burleigh’s home to this day. Their third brand name change to Burleigh occurred in the early 20th century as a melding of their two names.

The heritage brand—based in England’s Stoke-on-Trent—has weathered the barrage of storms which have challenged its industry. An industry where mass consumption and a lowering of quality has taken hold, leading to reduced demand for such traditional artisan wares. 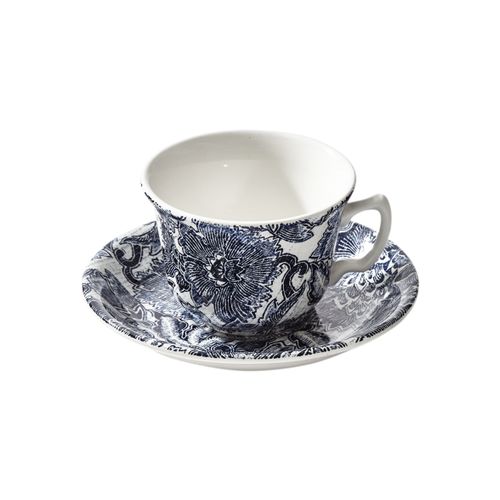 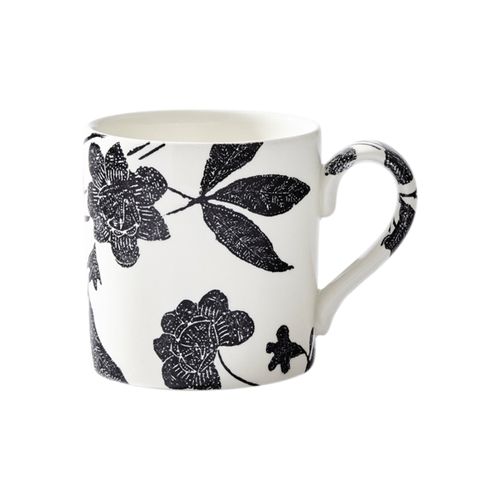 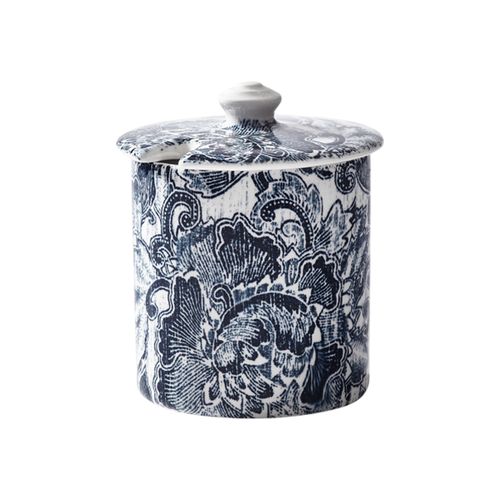 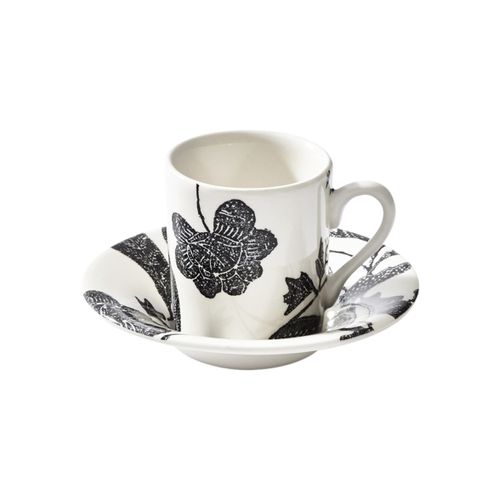 The brand too has suffered losses; it was sold to Denby in 2010 and received aid from Prince Charles’ Prince’s Regeneration Trust. Throughout, Burleigh has held its own, navigated choppy waters and maintained its reputation for impeccable standards, authentic craftsmanship, time-honoured techniques (using machinery that dates back to 1889) and quintessentially British designs.

“Burleigh uses craft skills developed over generations to create ware that spans fashion and trends,” the company’s commercial director, Jim Norman told Ralph Lauren in an interview for its magazine. “Burleigh is genuinely different to all other ceramic brands, and it’s these differences that are increasingly being valued and recognised.” What better partner for Burleigh, a name synonymous with heritage design and quality, than Ralph Lauren Home?

Their recent collaboration may have seen a series of new blue and white tablescapes (and indeed black and white tableware) revealed by the two houses, but this is not the first time they have collaborated. Over the years, Burleigh and Ralph Lauren have produced many a decorative range, including Arden—ironstone plates, bowls and mugs that have intertwined hawthorn blossom as its only motif; Calico, a floral print designed in the 1960s; and Regal Peacock which was a well-known favourite of Queen Mary’s. 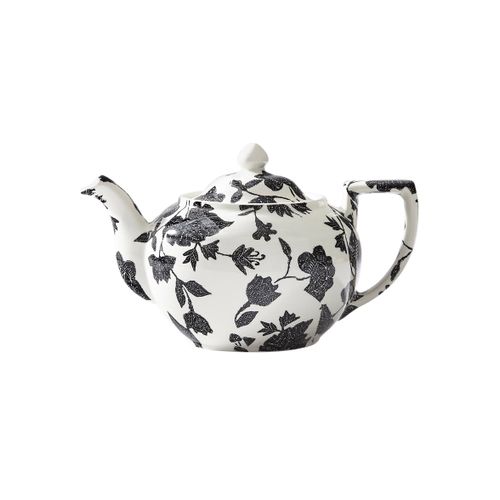 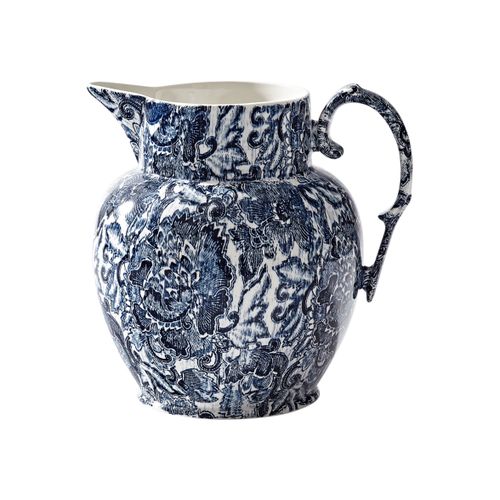 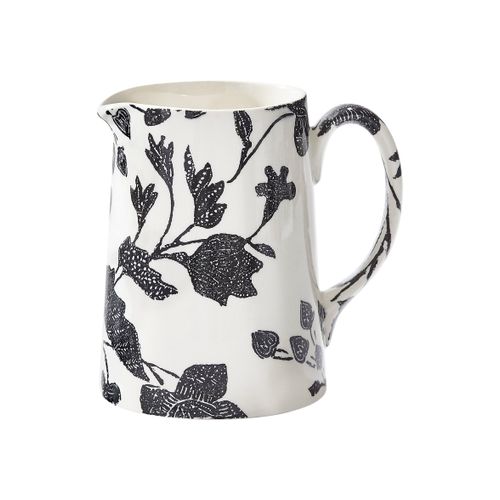 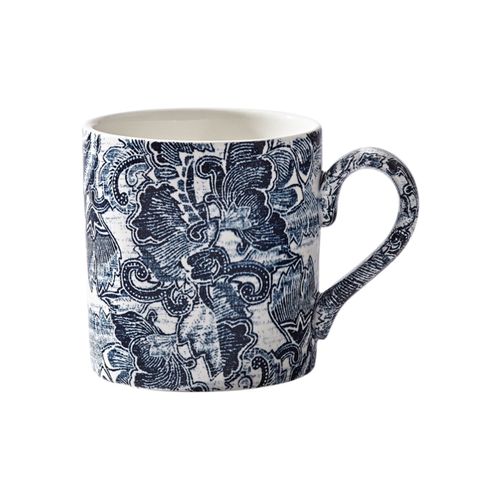 Burleigh, too, has supplied bespoke pieces of pottery for Ralph Lauren’s London and Paris establishments for many years. Together, they have sought to represent Ralph Lauren’s American soul but with a distinctive yet dainty edge brought about by Burleigh’s sense of British tradition and unique tissue transfer decoration technique, pioneered over 250 years ago. Mission accomplished—the two are a match made in heaven. And so to the newest of creations from Burleigh and Ralph Lauren. The latest creative collaboration presents a real first. The three prints are in fact not three Burleigh prints which have been given exclusive-to-Ralph-Lauren status, but are three patterns devised by the Ralph Lauren team for Burleigh. It marks the first time ever that the pottery brand has featured any pattern other than its own.

“In Ralph Lauren we see people who are like-minded, understanding heritage in design and combining this with quality of production,” Burleigh’s company historian and retail manager Jemma Baskeyfield explained for the RL magazine. 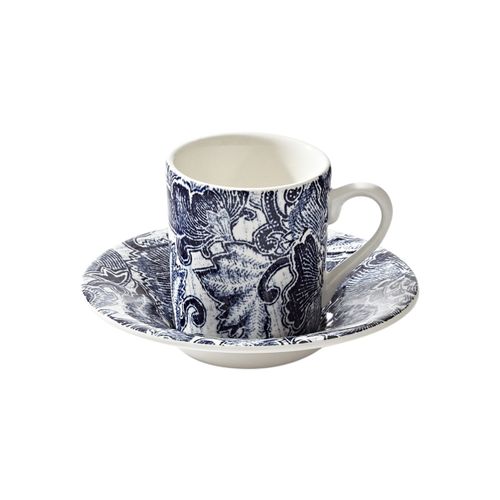 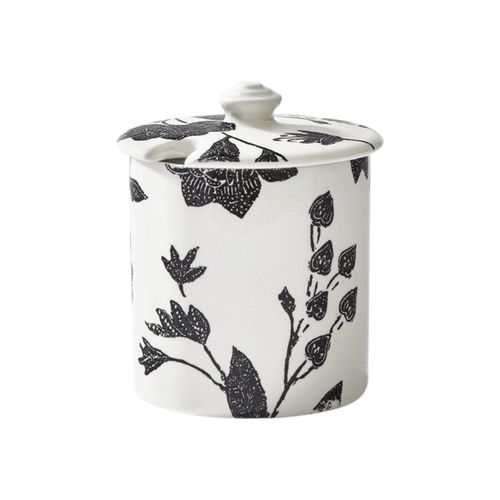 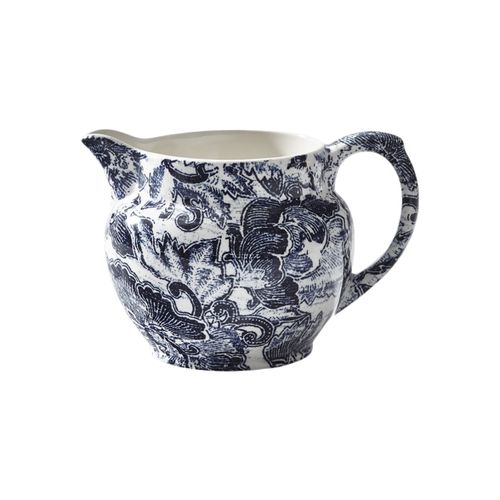 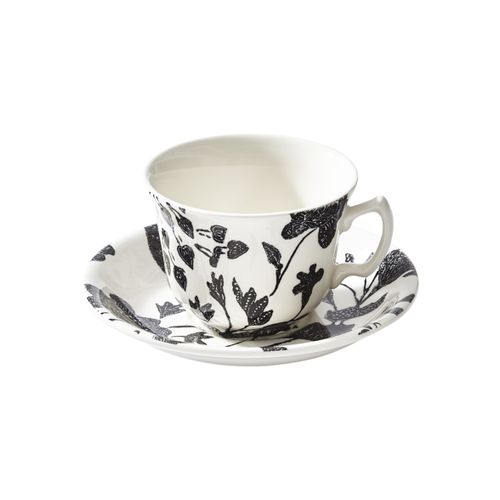 First, there’s pretty, playful Midnight Sky, which was inspired by the Americana graphics that the Ralph Lauren design team often feature on its bandannas. A palette of indigo, black and white colour its blue and white plates, mugs and bowls in star-dusted fashion. Next, more blue and white tableware through Garden Vine and monochromatic pieces decorated in Faded Peony offer up two floral-based prints. As a trio, they are united in their attention to detail, their duality of colour and using Mother Nature as their muse. “The patterns clearly take inspiration from the great American style book, but are just like the best Burleigh designs—truly timeless,” Baskeyfield continued. “These are the heirlooms of the future, combining the heritage of the past, that beg to be used in the homes of the present.”

To this, Norman added: “The careful development of the Ralph Lauren designs has achieved something quite special—they fit the character of our ware. Achieving this was very important to us and we’re really proud of the results.”

From bold colours to whimsical designs, here's our hand-picked edit of must have cushions for this summer.