Today marks the opening of the ninth annual Holiday House NYC – a designer show house conceived by interior designer and 19-year breast cancer survivor Iris Dankner, which benefits the Breast Cancer Research Foundation. Every year the House enlists the talents of renowned interior designers who design individual rooms in the House. Tickets are sold to the public (design enthusiasts et al) with all proceeds from the event being donated to the Breast Cancer Research Foundation.

Some changes are afoot this year, however, as Iris migrates the show house from the Upper East Side’s refined Academy Mansion to a modern development – 10 Sullivan – in the City’s edgy SoHo district, giving it a new name (Holiday House SoHo) and a new lease of life.

“[The] designers have really been inspired by the ‘downtown’ location, and many designers have gone out on a limb creating exciting, vibrant, edgy designs,” she reveals.

The change of scenery isn’t the only thing that’s new and not the least of which is the inauguration of Iris Apfel – legendary interior designer and fashion icon – as Honorary Chair.

“She’s such an inspiration with her originality and humour. What an amazing, creative life she has lived!” Iris says of the 95-year-old icon was the interior designer of the White House during the administrations of nine presidents. 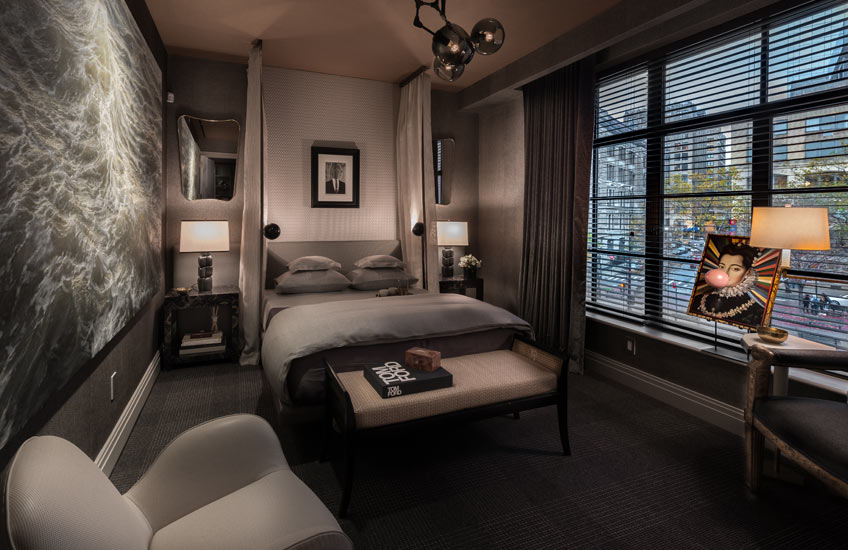 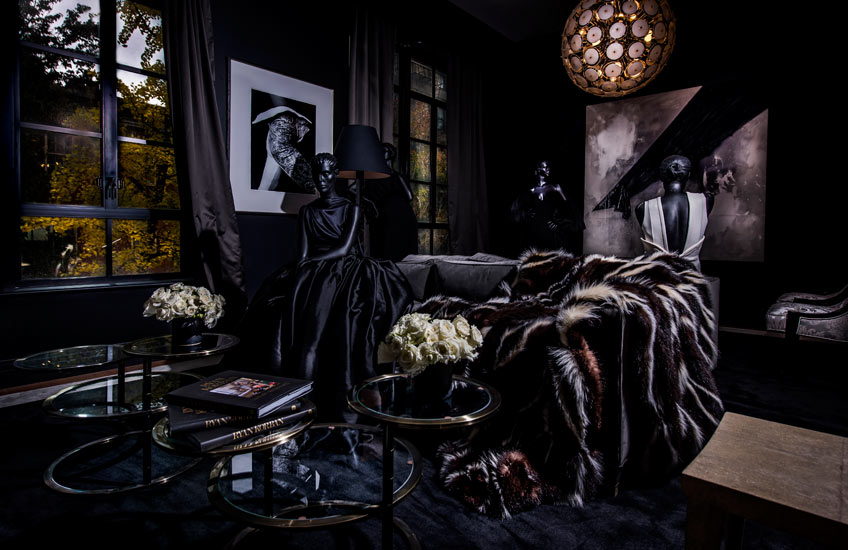 The 2016 House also welcomes a new presenting sponsor, exciting new designers (there are over 20 this year, including Instagram favourite Ryan Korban and Patrick Mele) and brands like Gilt Home and Alcantara will join the Holiday House ranks, adding another layer to the project’s evolution.

The founder explains, “We’ve just grown to welcome so many more designers, sponsors, and supporters. We’ve expanded to the Hamptons and are planning for London. We try to add new events and twists to the show each year. This season, it’s the downtown location and the inclusion of visionaries and tastemakers in addition to interior designers.” 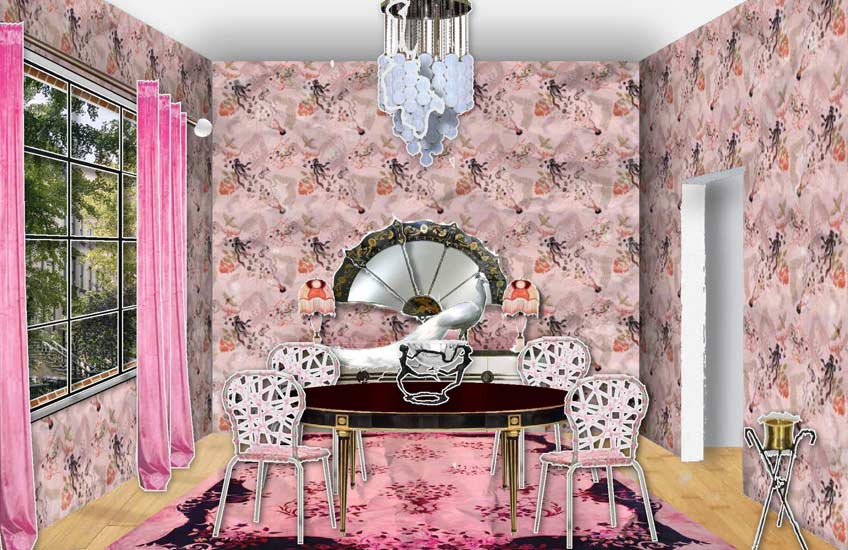 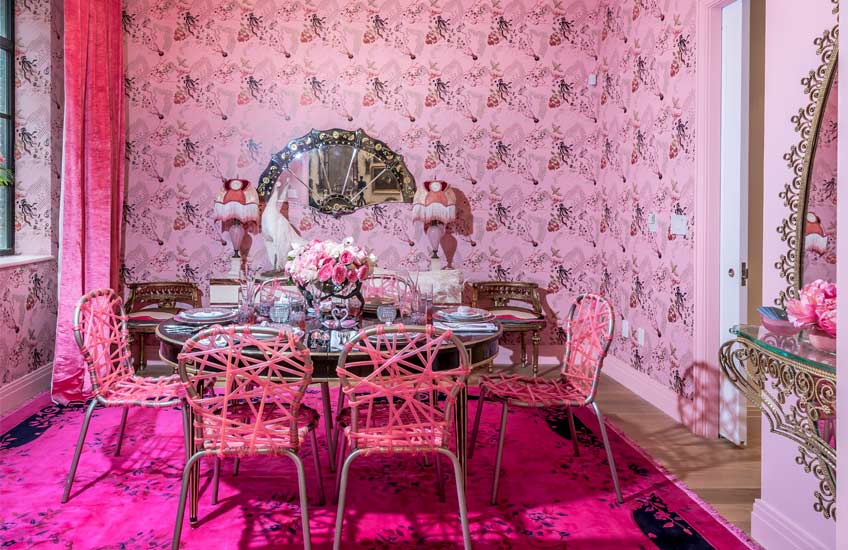 Newcomer Sasha Bikoff’s experience of cancer is more than close to home, having lost her mother and grandparents to the disease. She settled on a “whimsical spin on Jayne Mansfield’s ‘Pink Palace’ on Sunset Boulevard while also incorporating elements of the Roaring Twenties and Art Deco period.” The foundation of the design is a champagne-motifed Pierre Fray wallpaper – a sensitive reproduction of a 1925 Lurçat original. “It is a whimsical play on a glamorous fete. It is all about mixing and matching for me so even though the pieces I used in this dining room are all from different time periods, they connect through color and similar motifs,” the designer notes.

At the centre of the space, a French Newel Gallery dining table is surrounded by Campana zig zag chairs; above it hangs a bubble-like Murano chandelier. A lacquer and brass Pierre Cardin sideboard crowned with an Art Deco fan mirror sits close by with high-sheen pink silk velvet drapes “for some drama”. The designer playfully adds, “I call it ‘Rosé All Day’.” 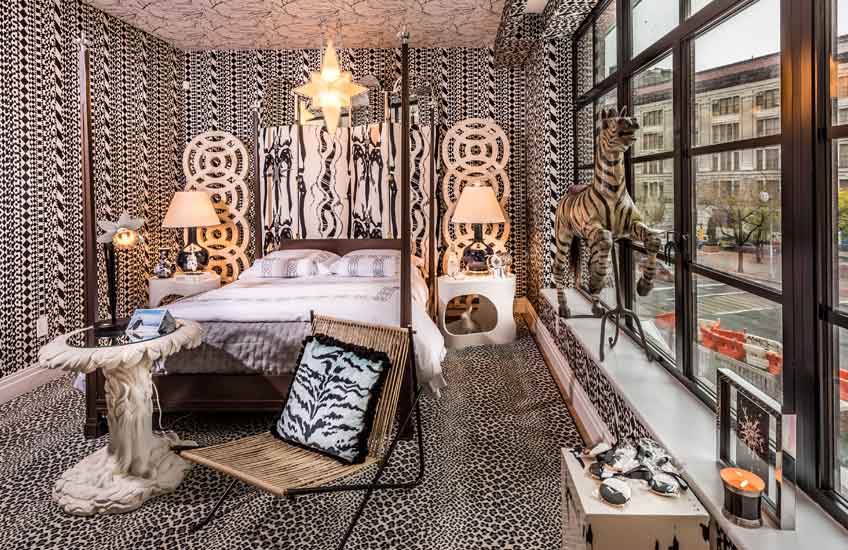 For existing fans, Iris assures that “the old guard of interior design in NYC” (Geoffrey Bradfield, Campion Platt and Harry Heissmann amongst others) will be returning.

Playing on this year’s theme of “festive with a twist”, designer Campion Platt explains, “Black Friday is not an official holiday of course [but] we wanted a holiday that has multiple meanings, good and bad, and Black Friday certainly does. Consumerism and decadence meets the joy of the holiday season – Black Friday has it all.”

The resulting design is as multifaceted and slightly irreverent as anticipated. “The concept gave us free reign to create a multilayered, sensory design experience,” he says, “The art selected by Cure8 Group is edgy and thought-provoking, but we also want guests to enjoy the luxurious design. The lush, durable, materials by Alcantara are inviting to the touch and the furnishings by Mitchell Gold and Bob Williams are elegant yet informal. Our goal is to peak your interest, but we also want to create a room that you can really live in.”

Another returning face, Harry Heissmann has dedicated his creation to a friend who recently passed away from breast cancer. His space is described as “a black and white Christmas” and is inspired by his grandmother’s tradition of having surprises in every room.

The designer mentions, “I steered clear of expected Christmas decorations and decided to evoke the fantasy, wonder and joy in a different way. There is an antique carousel zebra and a vintage North Star from a department store display, lit from within, hanging above the bed. It’s a more sophisticated and humorous approach on decorating for the season.”

As Iris sets her sights on next year’s transatlantic launch she acknowledges, “Companies and designers in London have been so receptive and excited by the idea because this type of event really doesn’t exist there. Show houses are now in most major design markets in the U.S. but it’s a new concept there.”

London does feel like a natural move. The two metropolises offer much of the same dynamics and characteristics, with the important distinction of notably different aesthetics. The truth, of course, is that breast cancer is the same everywhere in the world and, because of that, the work of Holiday House will be welcome anywhere. 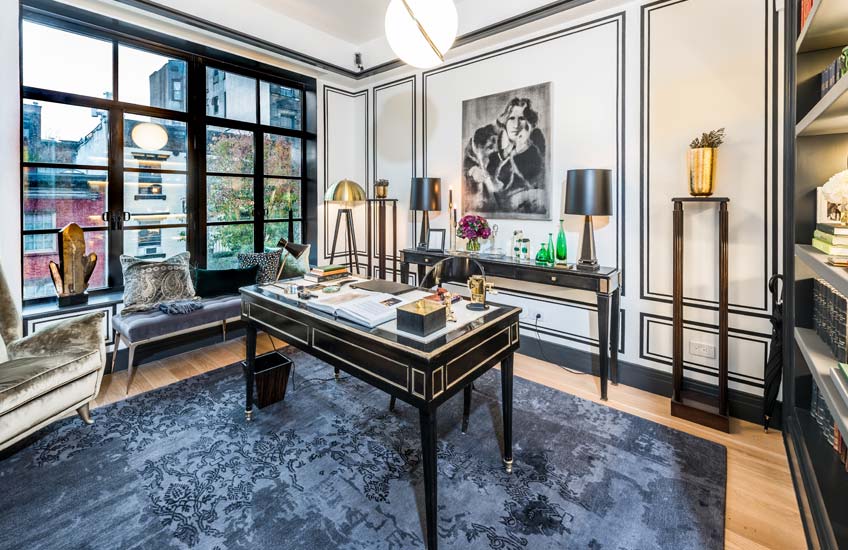 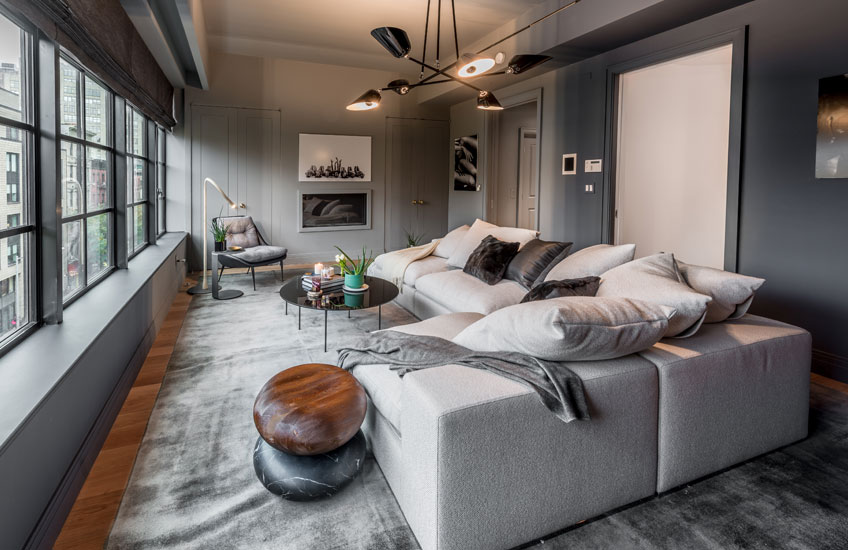 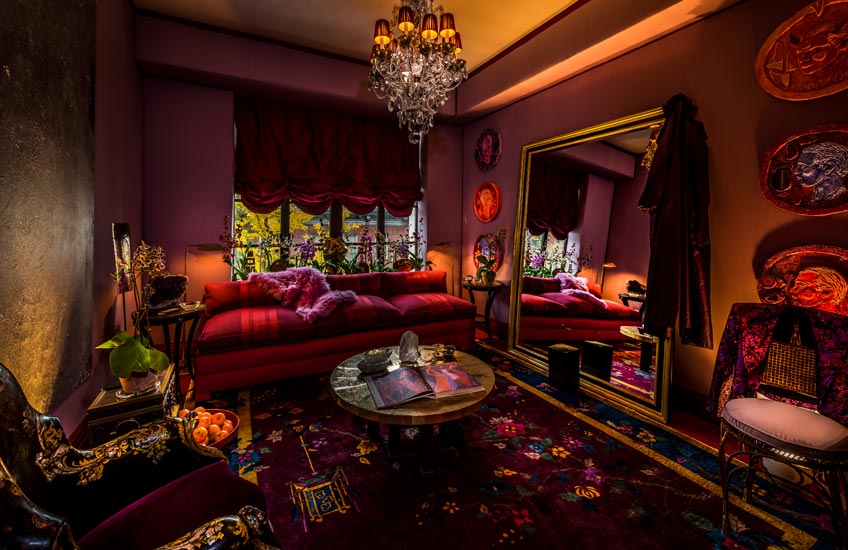