Wood, metal, fabric and fur are but a few of the materials at your disposal for home decoration. Step over to the luxurious side with one of the most sophisticated finishes in existence—exotic, elegant and enigmatic shagreen.

But what is shagreen? And in what ways might you make a feature of it in your own stylish schemes? One of the first questions asked is what is shagreen made from? Its beguiling texture is of leather-like softness punctuated by delicate dappled marks, which hints at its source.

Real shagreen is a natural hide, typically from shark, stingray or dogfish, though man-made replicas are now used widely and impressively.

Shagreen saw its most major boom in the Art Deco period where it was used as a covering for writing desks and well-dressed cabinetry. It may have fallen out of favour briefly but shagreen made its comeback as a leader in luxury during the 1960s.

And these days designers like Bernhardt and AERIN are ensuring the sublime covering (whether real of faux shagreen) is beautifully represented in the world of interiors for the next generation to relish fully. 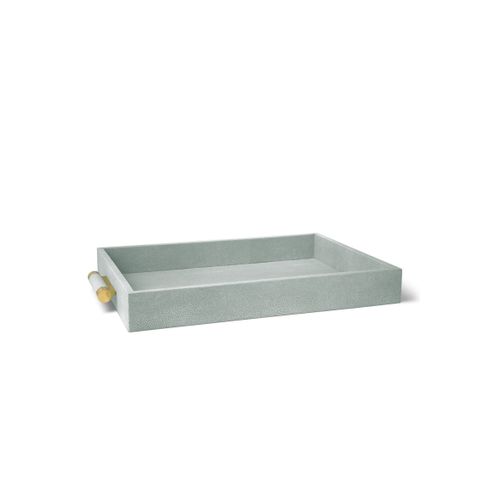 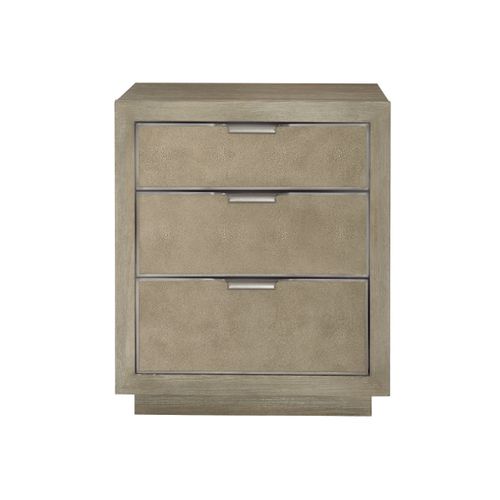 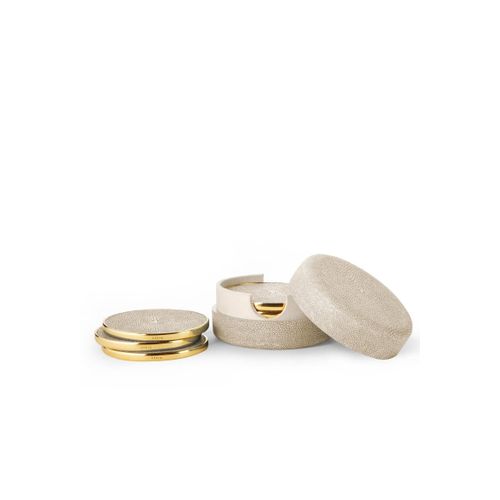 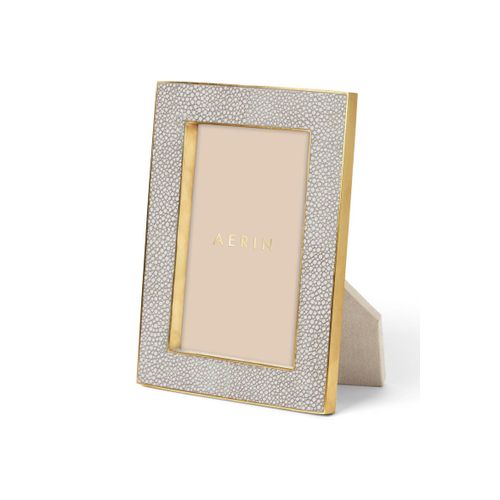 The History of Shagreen

Since its very beginnings, shagreen has symbolised splendour. History suggests that amongst its earliest uses were for Japanese Samurai swords in the Middle Ages, cushioning the handles with its pebbly softness, providing necessary grip and denoting opulence.

Being a hide, shagreen is innately robust, which led to it also being used in the practice of grating wasabi root into a paste. This traditional method is still seen in modern Japanese society.

It wasn’t until 16th-century that evidence of string-ray hide as a decorative material was uncovered across Europe. Shagreen furniture from Japan, such as chests and trunks, was imported and upon arrival, was found cloaked in the rarely-seen, textured substance. Its popularity waned until English and Dutch craftsmen had a renewed interest and began using shagreen as a covering on trinket boxes, knife handles and shaving kits.

This coincided with the introduction of dye to fabric and furniture, which explains why most shagreen in its earliest days was in shades of jade, sage and emerald green.

Towards the middle of the 18th-century, shagreen saw yet another surge in popularity thanks to Madame de Pompadour—a notable member on France’s court scene and chief mistress to King Louis XIV. She fell for shagreen’s charms, investing in numerous pieces from the craftsman, Jean-Claude Galuchat. So noteworthy was her influence on shagreen’s success that it is still referred to as ‘galuchat’ in 21st-century France. 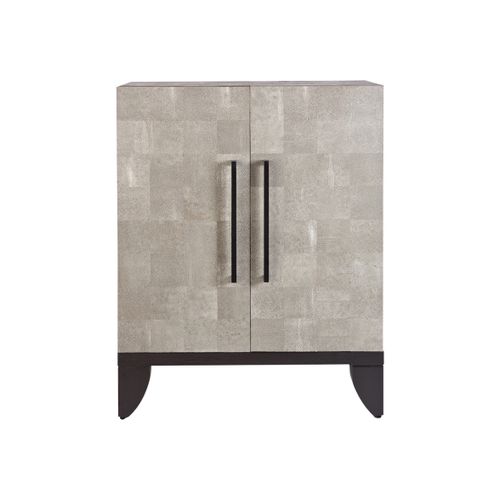 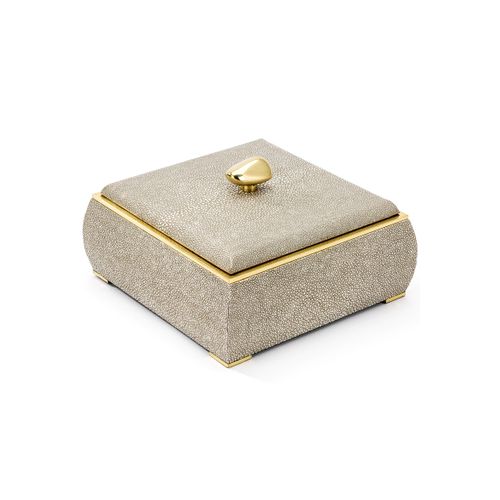 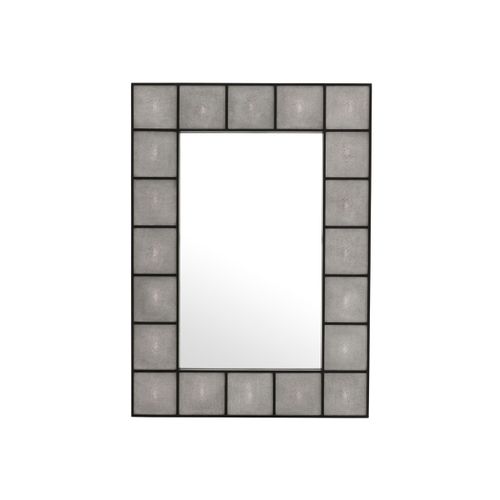 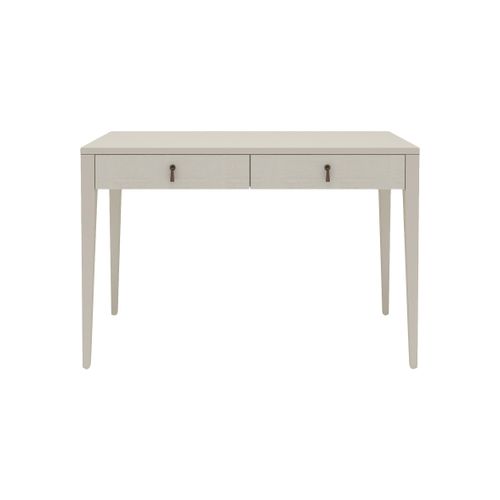 Decorating with hide is divisive, which is why the market for imitation hides—be it leather or sheepskin—has flourished on such an immense scale in recent decades as public consciousness around traceability, conservation and the rise of veganism has grown and grown.

True shagreen has very much taken a back seat over environmental concerns using shark and stingray hide and societal distaste for using the skins from such animals.

Many high-end designers who do use real shagreen however, will often point out that the hides are a by-product of the fishing industry. They champion its uses because of the authentic character and unique difference between each piece that isn’t able to be replicated with the faux variety. Choose faux shagreen (such as all of the pieces in the LuxDeco shagreen collection) and you’re likely to have a product made from vinyl.

Not only are sophisticated finishing techniques with vinyl able to closely replicate the look and feel of real shagreen, but it’s often far more durable too. Hide dries out over time, even when treated, causing the shagreen to chip and come away which is often impossible to repair. This is something avoided with the vinyl variety.

Polyester resin is another popular substitute, which, like vinyl, takes to shagreen’s signature pebbled surface and leather-like patina to perfection. How to Decorate with Shagreen

Less is more when it comes to shagreen on large pieces of furniture. It’s the sort of material that should be given space to stand out in a room, so leave it to one sophisticated console table in a sitting room, a solo chest of drawers or duo of petite bedside tables in a bedroom or even a handsome desk in a study.

If larger forms of shagreen aren’t to your taste, or if you’re keen to add further leather-like texture to a room, look to shagreen accessories.

Whichever decorating decisions you make, you’ll soon learn that once you start with shagreen, it becomes rather hard to stop…