For centuries, France has been placed on a pedestal on the world’s stage for its artistic savoir-faire. Whether for cuisine, fine wine or fashion, the country is famed for its ability to execute everything it puts its hand to with innate style.

So it’s no surprise that when it comes to French interior design, you can find some of the most influential movers and shakers the interior design industry has ever known.

Discover our round up of the top 10 French interior designers France has to offer. His natural aptitude for working with textures and patterns was perfected during his education in Paris and, after graduating in 2000, the visionary set up his interior design firm that year. In the same way a fashion designer creates haute couture, Deniot tailors each of his projects to his client’s needs, using his travels for inspiration.

His flair for nodding to past time periods and refined colour palettes is the reason he’s been booked for an endless list of impressive projects.

From designing out-of-this-world residential properties in London and India to restoring the Château Latour winery for French businessman and husband of Salma Hayek, François Pinault, Deniot has done it all. The second French interior designer in our round up is Christian Liaigre, who really needs no introduction. His work is such the epitome of refined modernism that we can’t resist talking about it.

The French interior and furniture designer achieves minimalist French elegance with the use of sumptuous silk, linen, leather and wood. He also likes to ‘feng shui’ his projects, balancing calm colour palettes and relatively unadorned furniture harmoniously to create a serene atmosphere.

Liaigre’s projects include working on The Mercer Hotel in New York, Selfridges in London and offices for Valentino Couture in Paris. With names such as Calvin Klein, Ralph Lauren and Marc Jacobs also charting his client list, he’s undoubtedly one of the greats. After studying interior designer in Paris and gaining experience in his role as European creative director for Ralph Lauren, Minassian started up on his own agency in 1993 and soon skyrocketed to an internationally renowned name.

Space is a primary concern for this French interior designer who redesigns homes to assist the flow of movement. Minassian’s work can also be identified by the use of sophisticated fabrics and muted colours.

His affinity for exotic materials (python and tortoiseshell have made appearances in his work) as well as ancient, such as stone and bronze, has attracted a portfolio of projects consisting of super-yachts, Parisian hotels, country homes in Quebec and stores in London and Tokyo.

What is most admirable about Minassian is that he advocates the work of other furniture designers and artists in his own gallery space where his interior design clients can select unique pieces for their home. When designers are working their magic on the illustrious Four Seasons hotels, you know they’re capable of something really special and have to be featured in our list of top French interior designers.

It’s as though partners in both work and life Patrick Gilles and Dorothée Boissier were destined to work together.

Their united creative minds are a force to be reckoned with and blending classic and contemporary styles with neutral colour palettes is their forte.

We could wax lyrical forever about their ultra-sophisticated projects which include restaurants around the world and fashion spaces such as Moncler stores. Joseph Dirand is living proof that timeless elegance comes naturally to the French.

The French interior designer/architect has a penchant for minimalism, cool monochrome colour palettes and clean-lined furniture.

Thanks to his creative eye, Dirand has been taken under the wing of the fashion industry and commissioned to design several high-end stores including Balenciaga in Tokyo, Pucci in New York and Balmain in Paris.

With his meticulous attention to light and proportions, he’s also a firm favourite with luxurious hotels and restaurants.

As well securing a place in our top ten, Dirand has also secured a place in the Business of Fashion’s esteemed Top 500 list of people shaping the global fashion industry. The seasoned globetrotter lived in Iran and New York (to name just a few locations) before settling in Paris and becoming the art director for Christian Liaigre.

Now a great name in her own right, the French designer draws upon her well-travelled upbringing in England, France, Germany and the United States, integrating vibrant colour in her work from early years in America and plush materials inspired by her experiences in Paris. A

The epitome of eclecticism, Mahdavi is able to create super-luxurious Art Deco spaces in Claridge’s just as effectively as a playful, thoroughly feminine dining room at Sketch, Mayfair’s uber-cool restaurant-cum-gallery. Once again, it seems that effortless style and the French go hand in hand considering Pierre Yovanovitch simply fell into interior design.

While working as a fashion designer, Yovanovitch redesigned his own apartment, which led him to designing spaces in his friends’ home, and the rest is history.

His style is characterised by clean lines, simple modernity and a confident use of strong materials such as wood, marble, stone and metal.

He tackles his projects in an architectural manner and complements spaces with a selection of custom-designed, artisan objects. From his first hotel project, the Hotel Marignan Paris, the French designer’s powerful use of colour is loud and clear. With a career now spanning more than four decades, Grange’s exquisite signature style has truly stood the test of time.

The revered French Interior designer mastered his craft with a classical education and, after graduating, learned further pearls of wisdom from the late, legendary maestro of French decoration Henri Samuel.

Opulence is usually the feeling that springs to mind at a first glance of Grange’s work. Decorative furniture, light, intense colours and curved forms play a dominant role in several of his projects, rousing a Rococo mood.

With a high-profile client list including the likes of Yves Saint Laurent, Karl Largerfeld, Valentino and Aerin Lauder (whose Grange-designed office was the backdrop of her Tastemaker feature), the French designer is one of the world’s most sought-after. Another virtuoso in the French interior design field is the late Albert Pinto. After graduating from the prestigious École du Louvre and opening a photography agency in New York specialising in interior design, Pinto discovered his calling in life.

Influences from other cultures can be seen across his work, particularly exotic styles inspired by the Eastern world. His breathtaking body of work includes everything from private jets, yachts and palaces to corporate offices.

Despite his passing, it’s still possible to get the Pinto touch in your home as his French design firm lives on under the reign of his sister Linda Pinto. The final addition to our list of top French Interior Designers is Jaques Garcia. According to Jacques Garcia “luxury is the simplest thing in the world: It is knowledge”.

If this is the case, then this luxury-inclined designer has all the knowledge in the world. Garcia takes a well-deserved place in our French interior designer hall of fame for his ability to tell stories with spaces filled with elegance and rare objects.

He’s a popular choice with affluent Francophiles across the world due to his masterful skills with colour and flamboyant materials, including velvets and damasks.

Garcia’s career reached stellar heights when renovating the decorative art galleries at the Louvre and the rooms at the Palace of Versailles, and unsurprisingly it’s still going strong today. 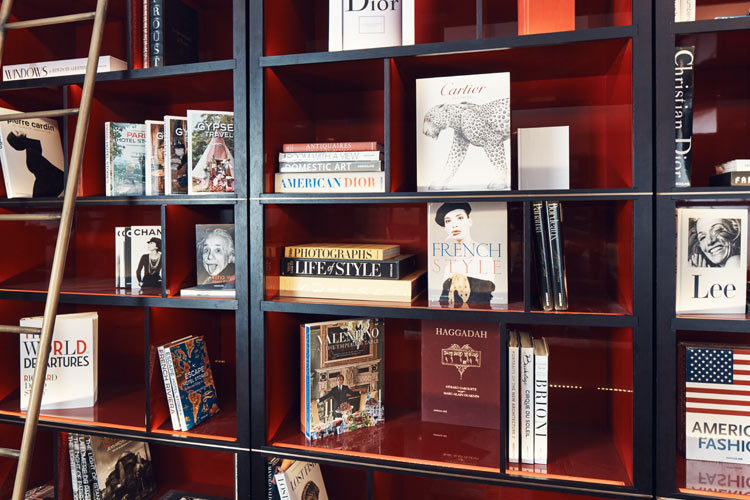 This premier French book publisher – headed by well-connected husband and wife team Prosper and Martine Assouline – specialises in producing the world’s most luxurious tomes. A focus on life’s most enjoyable pleasures (art and design, food, travel and luxury brands) is its calling card. Shop the brand 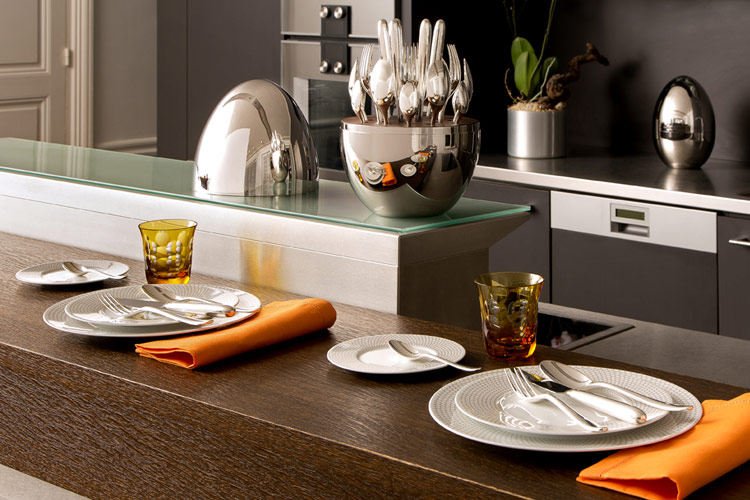 The House of Christofle has been making the finest silverware since founding in 1830. The Parisian French brand mixes unique know-how with a modern take on traditional techniques and, of course, its inherent French style to create home treasures that last forever. Shop the brand 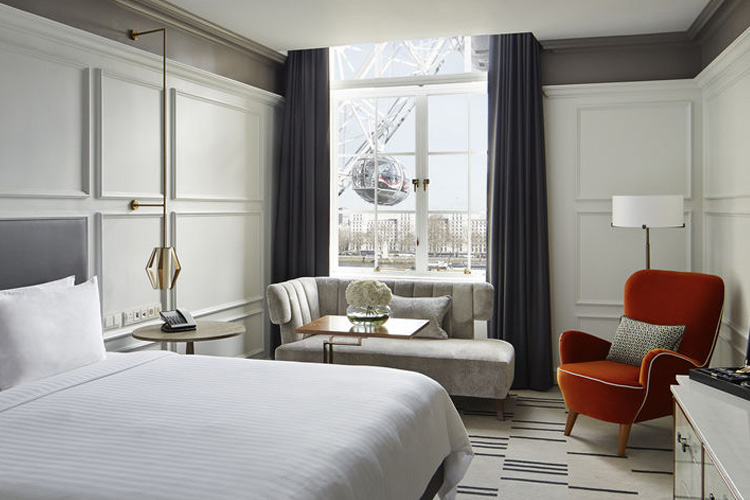 With sleek design at its heart, La Fibule purveys modern French furniture and accessories with a touch of class. Indulgently contemporary and faultlessly crafted, each piece is the ultimate in French chic. Shop the brand 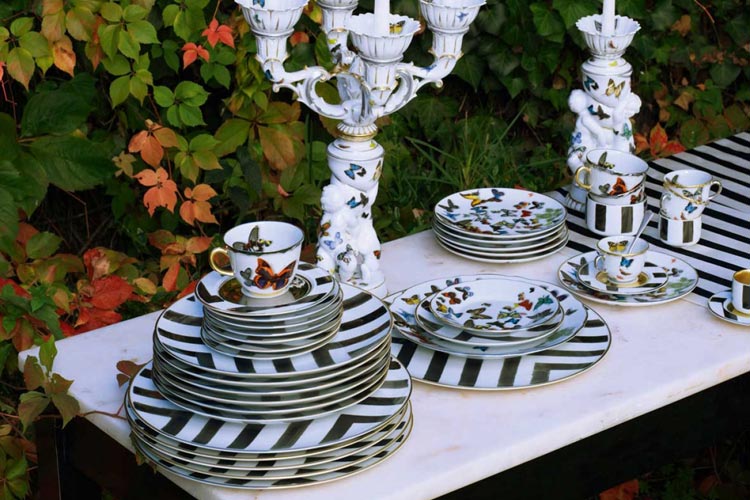 Originating as a haute couture house, iconic French brand Christian Lacroix has been exploring exuberant and unique styles since 1987. Recognisable for its bold mix of materials and colour, the brand’s rug range for Designers Guild and tableware offering for Vista Alegre are both characteristic of its house style. 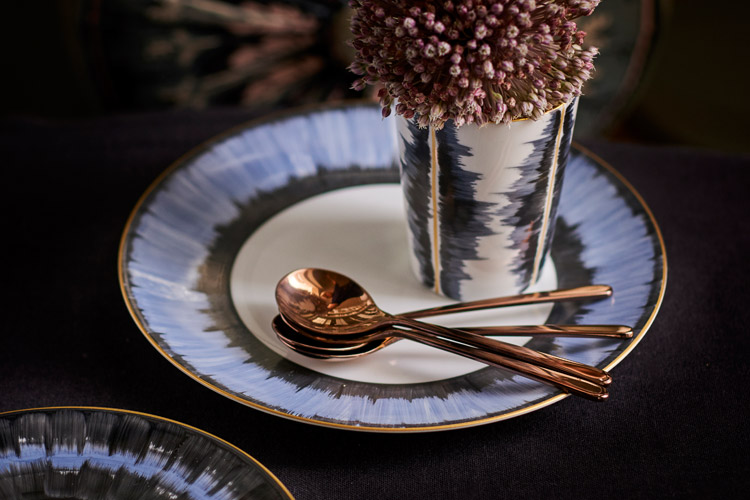 Celebrate the beauty of French elegance with exquisite Marie Daâge tableware – beautifully handcrafted from the finest Limoges porcelain with an expert finish. A striking fusion of pattern and colour characterises the collection of this luxury tableware game-changer. 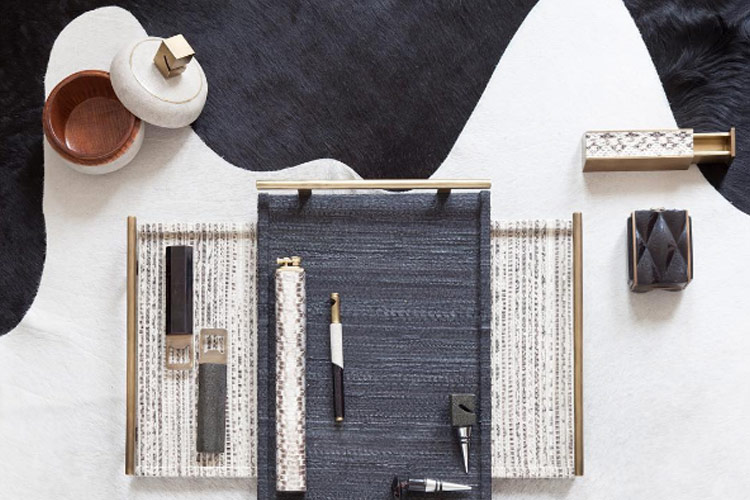 From lizard skin to shagreen, the exotic materials used by Kifu Paris – perfectly inlaid and formed by expert artisans – create the French brand’s signature look. Form a distinctive display with the unique home accessories in this collection. 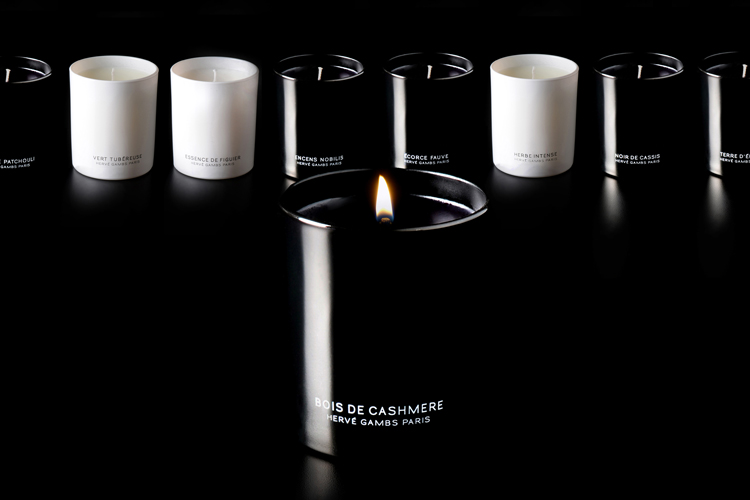 Specialising in a range of aromatic home fragrances, Hervé Gambs are a French company and experts in sensory experiences. Each scent is an exploration of plants, discovering the characteristics that make them so beautiful and indulging your home in floral notes. 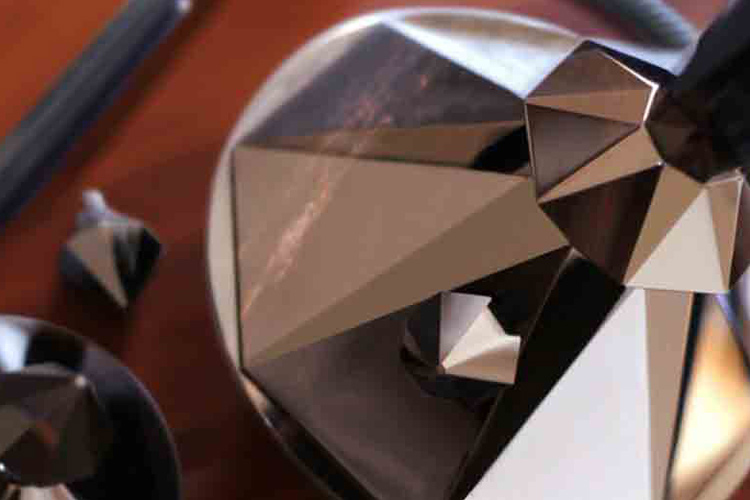 Offer your guests a thoroughly tantalising experience with a shisha pipe from French company Airdiem. With over a decade of experience, the French brand has collaborated with world renowned artists to bring beautiful and intricate designs into your home. 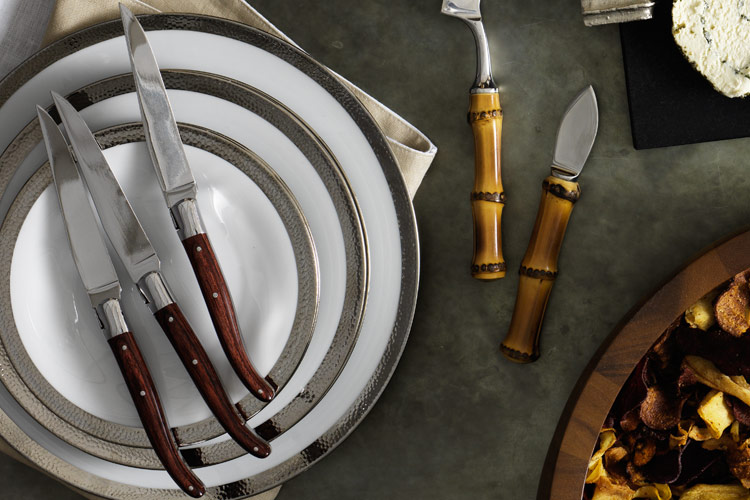 Since its founding in 1876, Alain Saint-Joanis has been making the finest cutlery in the heart of France. The family-run French company is passionate about exceptional design and craftsmanship, creating exquisitely rare home treasures.

Fancy yourself a modernist? Read our list of the top modern interior designers or learn how the French do it with these six key elements of French design.